The Whangarei Rally..All getting airborne! And A New Age Grade Record for Colin!! 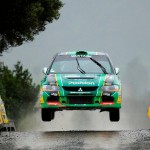 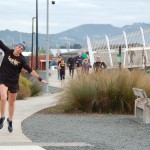 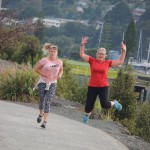 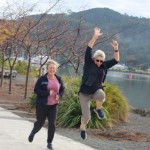 It all kicked off on Friday evening on Pohe Island amidst much excitement..but not many seemed to have been told about the early morning event in the Whangarei Rally this morning which also started at Te Matau a Pohe Bridge. After investigation, the stewards inquiry concluded that the maintenance work done was satisfactory and therefore it was safe to return to the normal route , thus avoiding all those horrible undulations that caused so much vexation to some last week.(No names mentioned MMM)

Before the starting grid could come into operation a new Run Director needed to be introduced. Kim Cairns was making her debut today, although not as a volunteer-in fact she earned her milestone shirt for having volunteered on 25 parkrun occasions today, so congratulations on that achievement, as well as becoming our latest RD Kim. 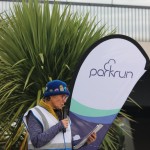 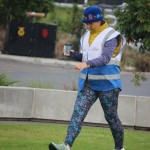 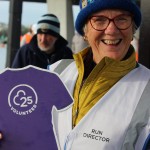 Of course she is no stranger. Her flamboyant outfits on any opportune occasion are well known, as befits a lady with strong theatrical and musical connections-indeed she has worked as a volunteer at Forum North for some 25 years! Kim has been with us since 2016 with 66 runs here, and 72 in total. She has also run at Palmerston North, Gisborne, East End and Wanaka-where she enjoyed the beautiful scenery until the hill at the end of the run! Good luck in the new role Kim. 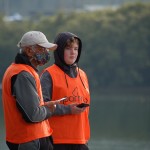 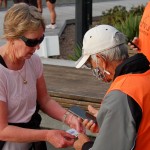 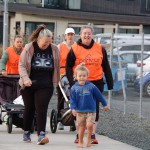 With a flurry of late pitstops, and a very clear briefing from the debutante RD 114 starters were on the grid ready to go. Conditions were excellent, visibility was good, although we did have assistance for Steve Bradley ( a visually impaired runner) with his guide dog, provided by Ron Crowhurst. There was no need for a safety car, and even Uncle Colin , so effective last week did not have to get on his bike again!

Environmentalists will be delighted to know that noise levels were kept to a minimum..Well, there may have been some huffing and puffing here and there but..least said about that the better I feel. Moving swiftly on.. Fuel consumption?

Again this seemed very efficient! All models came  readily fuelled and took advantage of the opportunity to take on board extras immediately after they completed their 5k circuit at Christies Pitstop. Varied amounts of supplies were involved.. all were very conscious of tidiness and recycling. 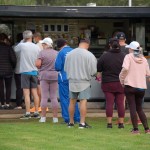 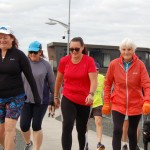 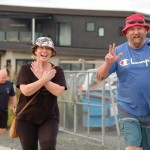 No crashes or accidents were reported on the circuit

Among the teams represented, we welcomed back Team Zucchetto: Dianne running, Ricardo snapping with his camera. Among the missing were Team Smith-Greenwood.Helen and Paul were continuing their NZ tour exploits, today they were in Otaki completing their 30th of 37 NZ parkruns! That was great timing too, because it meaant they were there for Event director Mark O'Sullivan's 400'th (yes!, 400th!) parkrun. Congrats all round seem in order..! Team Earl were also missed today

Welcome to Meltern Lang ; Al Aldabbagh; Ben Watkins;Matthew Watkins; Malcolm Wade who all took the brave step of running their very first parkrun and collecting their first finish token here at Whangarei ..now what happens? Hopefully we, or one of our sister parkruns see you again because you enjoyed your morning! It can be habit forming..

Welcome also to Blair Tupp who was running his 136th parkrun, but his first here. Normally he runs at Hamilton Lake, we are the 4th NZ venue he has visited.Hope it was worth the journey North Blair.

Ange first ran with us in 2020 and has 19 parkruns at Whangarei, having previously run in Queensland , Australia.Sorry about the picture Ange-only one on the day I could find!! 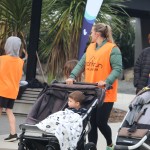 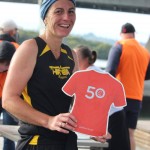 Maria just recently earned her 25th volunteer  shirt and is thrilled to earn her red milestone for 50 parkruns, especially having done so with a PB today!

13 speedsters achieved new PBs today.Maria has already been mentioned, and the Brearley name too-but not Shane! He ran a best today while Ange was tail walking..

Already also mentioned Steve Bradley, but happily going to mention him again as this was his first outing for a few weeks, but he now has 3 successive personal bests. Great work! 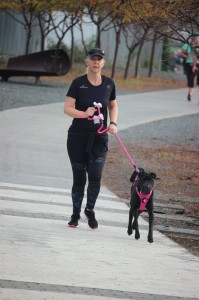 Good to see Cindy Scholtz achieving a new best too, although it's only 5 weeks since the last one!

Denika Clooney led the ladies home in only her second run here, and did so with a best time, well run!

The Models Made For Speed

The Rally makes no distinction, it's open to all. We always stress that it's not a race, but inevitably there is always interest in who got home first. To satisfy curiosity then, the details are as follows:

1. Denika Clooney: Running as a junior, in just her second parkrun but first lady home! 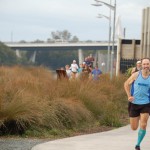 2. Ben Winder: Back after a 44 week gap, straight into second place..

Not to be outdone, the men produced some impressive performances too! 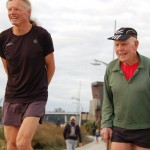 The two 90plus runners refuse to yield! Colin set a new age grade record for Whangarei!! Both improved on last week too! Let's not forget to congratulate the ever consistent Judith too..

Out there in our rally whether participating or volunteering, there were a number of parkrunners who are at various stages of comebacks  from lets call it 'repairs and maintenance' of some sort. Apologies if you get missed out, but ones I know of who I'd like to give a shout to include : Teresa Dunn; Maureen Kettlewell; Jim Kettlewell; and Emma Watson. Also a mention for Jennie Wellwood who was around today and has volunteered for next week and is also in the process of recovery. Best wishes to all those mentioned ! Jennie is pictured with daughter Dianne. 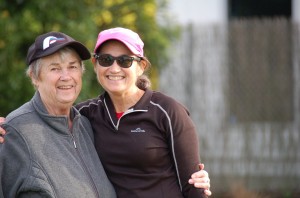 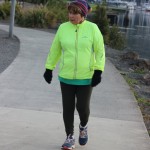 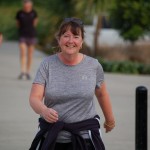 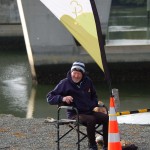 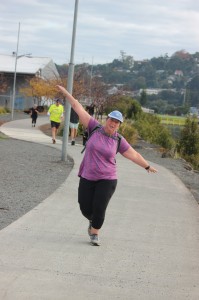 The End Of The Rally

Co-Driver Martin Harrap resumes control of the wheel for the next three weeks, although he has kept his hand in-he wrote the Run Report for Millwater parkrun yesterday-blind! Well done M for volunteering and helping out a fellow parkrun in need. Their message yesterday showed it was clearly much appreciated.You can find him in the photo below..somewhere.. I leave you in his good hands-no curved balls from me! 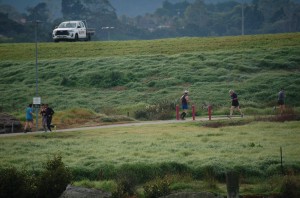 Please note that Whangarei parkrun will need to start at 7am this day, Saturday, November 2, owing to the arrival of the replica of Cook's ship Endeavour at the upper harbour. Both bridges will be out of action and roads closed so the 7 am start is to avoid any problems. Its parkrun as usual only with a 7am start. Check the notice board at parkrun for details.

Another ideal morning for exercise saw 17 PB's amongst the 40 participants, with 2 visitors from Dunedin parkrun Keith & Cathy Weatherston brought our first timers to this event to 7 today.

We say goodbye to Susanne Koellner this week who is off to Australia and will catch up with parkrun in Australia, we wish her well with her travels and her runs.

The female points table will see a change in the leader board over the next few weeks as points leader Susanne Koellner is heading to Australia, the current first three are 1st Susanne Koellner 785, 2nd Blandine Chilese 709 and 3rd Hilary MaCrae 679.

The male leaders are still the same as last week 1st Hein Vanxyl 809 who picked 100 points today for being a volunteer, 2nd Peter Gallavin 760 and 3rd Mathew Mills 630.

We now have 202 registered with more registering each week.

That's all for this week, catch you all at next weeks parkrun.