It was just one of those days when a selection of humans arrived at Te Mate A Pohe Bridge Whangarei. Some arrived early at 7am to sweep the path, chalk a few messages and in general set up for the day. So that people can run, jog and walk around the 5km route that makes some people, turn up every week! On other occasions they go on holidays and of course see what they can achieve at other parkruns, (more on tourists later). This week we have a selection of not only runners, joggers and walkers, but also a selection of colour and monochrome photos. It’s great that the monochrome ones came out so fast, and we did not have to wait three weeks for them to be processed at the chemist and then find they were all out of focus! Our photographers, always get our good side, or as some people think “their more expressive side”! 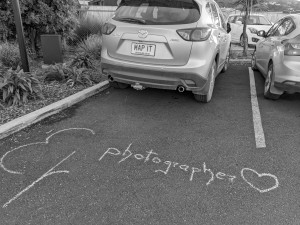 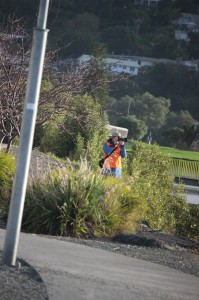 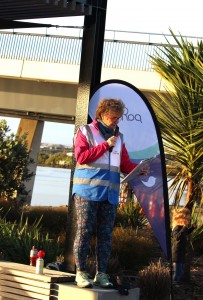 This was Kim’s second time as the RD and already well into the roll, getting the ball rolling with the welcome to our parkrun at 7:50. Maria, (a pro at the role), welcomed Erin Fowler to her first every parkrun and came in at 25:53. Well done see you next week we hope. Maria also introduced Jacques Poot (62) most runs at Hamilton Lake and a good selection also at University of Waikato, Isabel Buerschgens (61), mainly a Barry Curtis runner and just 9 seconds off her PB! Finally, Ben Buerschgens (53) also a Barry Curtis runner. Thank you to all for coming up to see us today.

It was then a case of the “formal” briefing by the RD, talking about all the normal stuff! That normal stuff is so important as we need to be reminded to say thank you to the volunteers, as we pass them, to keep left and take care as we pass others that maybe have no idea why there is suddenly a large group of people descending on them at speed! Its off to the start for the 115 participants and 3,2,1 and a push of the air horn...……. No Shout "START" instead, the air horn needs to be replaced for next week!

Shiloh Rumbal 17:19 (Shiloh was just three seconds off his PB) 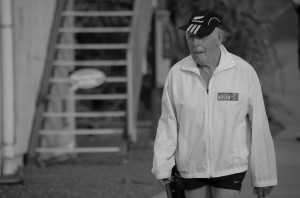 Most runs this week goes to Simon Charles just seven off the magic 200! 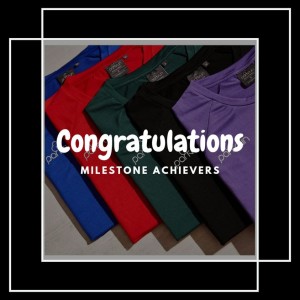 Mark Turner run 5km and achieved a very nice black T shirt and Michelle Lewry completed a fabulous 50 to be able to ordered a red T Shirt well done to you both.

Up and coming milestones

All being well next week Dave Campbell will be able to order his black T shirt as he got to 99 “not out” today and Sean Kemball will also be able to order a T shirt but it will be a Red one. Look forward to seeing you at parkrun next week

There were some regulars missing this week, the ones I know about are Dennis Langford who wandered off to Millwater down in Auckland. His 9th different parkrun and also Haydon Bell who was at Millwater again after some two and half years. We must not also forget Andy Mears; he has been back at Whangarei for the past three weeks and started on his “tourist” trail again by opting to go to Sherwood Reserve parkrun this week to be tail walker. But I understand that he may not have fulfilled the post according to some people on social media; I expect it’s all lies!

Hoping you all enjoyed yourselves. Its always good to go to another parkrun and if you see or hear something that you think would assist Whangārei, do not be afraid to talk with the Event Directors. We are all family and can assist each other to make the parkruns in New Zealand the best they can be.

We saw Jennie WELLWOOD back as a volunteer today, thank you for taking the time to volunteer after such a long break and we wish you all the very best as you venture back into the parkrun volunteering arena. Hoping to see you walking the 5km again very soon. 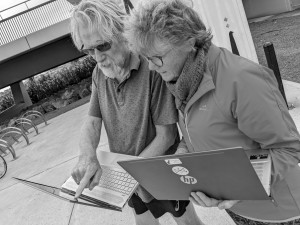 Today we saw that the participants  have completed “7107” parkruns that's 35,535km or seventeen times up and down NZ and 10% towards the moon! Whichever way you choose, then the team at Whangarei parkrun wish you all the best for the upcoming week. Do what you have to do; do the best you can and see you for an eight am start again next week! 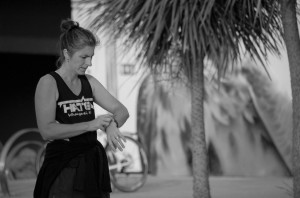 Ask yourself: ‘Can I give more?’ – the answer is usually YES.