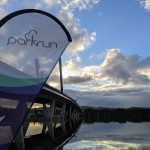 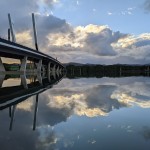 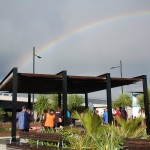 Father McKenzie
Writing the words of a sermon that no one will hear
No one comes near….

Actually he wasn’t really even writing a sermon!  That was the least of his worries. The truth is he was a volunteer and he’d promised to write the Run Report for the week. He was nervous about producing within the required timescale. He had only volunteered to do the job because the usual prominent writer , Brother Martin, was going away to spread the word in another parkrun parish called Owairaka who were apparently celebrating their 50th event. That meant Whangarei needed to send someone important to say congratulations in person. He excelled himself, gave them his best, and achieved a personal best for himself-congratulations bro! Brother Martin sets a high standard of writing and timeliness..Consequently  the poor volunteer substitute's nerves were frayed already. Don’t forget there was also Cardinal Ron to contend with…!!

The pay wasn’t good for being a volunteer..in fact you do the role for love, for pure enthusiasm. In fairness he did know that beforehand and he wasn’t alone! Oh no, others took on far greater responsibility as volunteers too. Take the Revered Simon Charles for example: he had overall responsibility for all things Whangarei  parkrun on the day! He was supported by: Ian Birch; Damian Mills; Mark Anderson; Katrina Holder; Samara Holder; Helen Smith; Lea Callan; Joshua Callan; Michelle Lewry; Janet Dale; Maria Easterbrook; Dennis Langford and Andy Mears; photographers Jan Sherley and Ricardo Zucchetto; and of course Cardinal Ron. Blessed are the high viz orange crew...we are eternally grateful.. 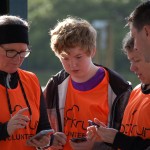 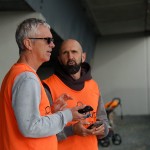 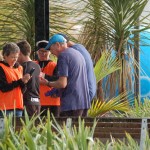 In addition at this time each month it is felt that the flock will benefit from guidance given by pacers, for blessed are the pink (and apricot!) clad, provided this month by Dianne Zucchetto; Shannon Leigh-Walker and Dennis Langford. The pink group are official pacers, but he apricot Cardinal makes  up his own rules and if he chooses to help pace the flock, he is free to do so, and often does because he's helpful and caring.. like Cardinals are! 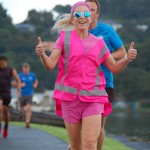 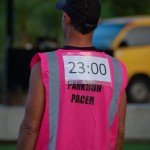 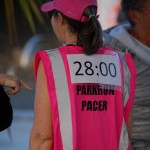 We are of course very appreciative of our volunteers-no volunteers, no service! The list is full for next Saturday which is wonderful . Please do consider putting your name down on the roster for future weeks.

Rev. Simon’s responsibility cannot be underestimated! With 12 non-running volunteers and 126 runners/Joggers Walkers he was carrying pastoral responsibility for a flock of  138 yesterday .The job is not without challenges..

How could  he solve a problem like Maria? Well, start by giving her a job to do! Sister Maria Easterbrook volunteered to do the First Timers  Briefing (thanks!) We had 5 new ‘parishioners’ arriving for their very first visit as well as 4 visitors from other parkrun parishes. Those who were completely new were:Barry Mills Duncan Innes, Jace Griffin, Lydia Aydon, and Pat Kalin. Hopefully you enjoyed the morning, because we would love to see you come back and join us again on another Saturday in the future. 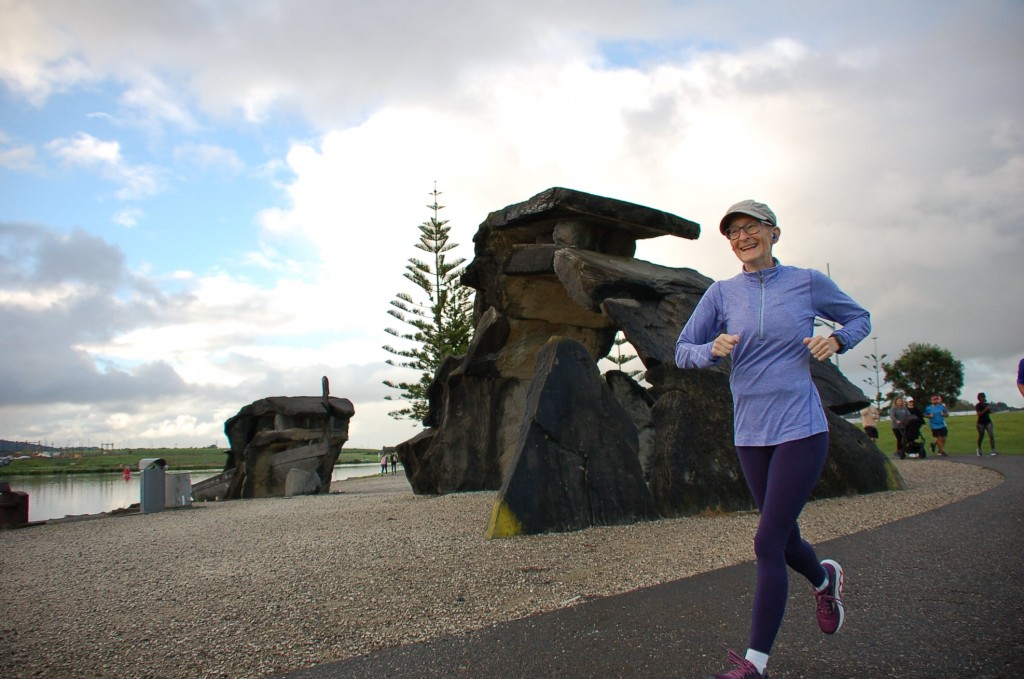 Four visitors from other parishes were:

Rosamund Britton and Raymond Lucas from Hobsonville; Allan Staite who has attended both Hagley and Pegasus; and Sue Pothecary from Gisborne. Again, welcome to Whangarei, the Northernmost parkrun in NZ with a unique bridge that behaved itself for you this week! We hope you enjoyed your visit..

The Revered Simon called for silence from the congregation and delivered a few notices , which included certificates for milestone achievers.Carolyn Smith running her 50th and earning her red milestone shirt. Janet Dale was completing both her 50th parkrun and her 25th volunteering stint thus two shirts, red and purple,  in one swoop.Finally Ruby Peterson was completing her 10th parkrun meaning she earns her white milestone shirt. Congratulations ladies! 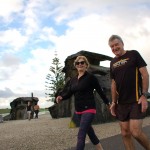 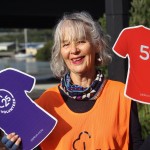 It should also be noted in passing here that Cardinal Ron and Brother Martin organized a trial run of an alternate route for our parkrun last Monday afternoon which attracted several interested runners and walkers. That was appreciated by the parishioners, thank you!. Feedback has been generally positive.

Ultimately at around 8am Revered Simon said ‘Vamos’ (or words to that effect) and the weekly procession began. Please be sure to note it would be most unseemly to call it a race..

It is always good to provide encouragement to parishioners, so when they achieve new personal bests it is important to recognize and give praise! Congratulations then this week to the 12 men and 6 lady achievers…

Congratulations to all! Cardinal Ron (The secret apricot pacer) successfully coached and coaxed Sister Maria (Easterbrook) to another PB. He was also the fastest of 4 men running in his age group, while Sis Maria was fastest of 8 ladies in her age bracket Praise be!! 4 out of the 5 Earl family members were fastest in their respective age groups.. 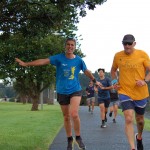 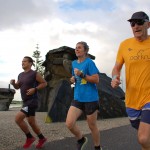 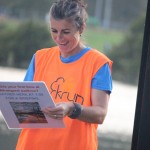 Young Eden Fifeland made great use of 28min pacer Dianne Zucchetto, tracking her round the course then  with a late burst grabbed his PB. Well run Eden, and good pace work Dianne! 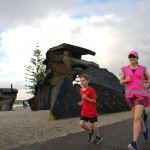 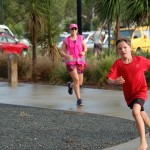 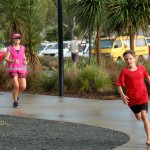 For Parish Record purposes, the processions were led home by: 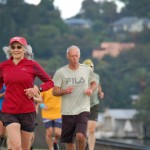 -Sherwood Reserve parkrun, one of the nearest parkrun parishes to us restarted this week, meaning all 37 New Zealand parkruns are now back fully operational. Welcome back to our friends at Sherwood, which is of course home to Scott Arrol who is responsible for introducing Scottairplanes to parkrun.

-At Lower Hutt, Martin O’Sullivan completed his 450th parkrun. One year or so away from earning his blue 500 milestone shirt. Congratulations Martin!

And there endeth what was mistaken for the sermon.. Its the first one written for a while, so probably a bit rusty. Sadly the collection plate went missing at the end of the procession, so if anyone saw it please let Cardinal Ron know..

It isn't until you are away from parkrun that you fully appreciate it's magic, its people, its pure happiness..Thanks! 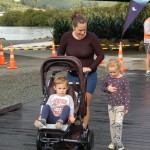 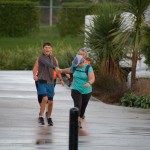 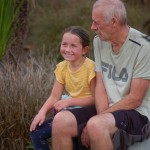 Fret not readers, for Brother Martin will be back writing soon and salvation from this waffle will be swift ..well, after two more episodes.

If anyone is scratching their heads about those opening lines, they are of course from The Beatles’ Eleanor Rigby.

See you next week..