Kia ora parkrunners! Probably one of the strangest Reports ever given the circumstances, and that is why it is being published so late. Martin Harrap hit the nail on the head, when he likened  Sunday night to a General Election...That was exactly how it felt as we watched as results of the (not) parkrun changed over the afternoon and evening. It shows how interested some of us are in the results nationally...and the local challenge! By now many of you may well know what happened as an announcement was issued early this morning, but the report shall carry on regardless..

First and foremost a couple of routine matters.

To all the dads out there, normally there would have been a timely wish but because of the delay it can only be a belated 'hope you enjoyed Fathers Day' in suitable style. 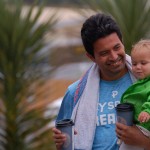 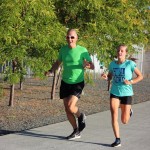 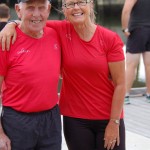 Second , a dynamic duo who both had birthdays on what should have been parkrunday last Saturday. It would have been great to give them a shout at the pre-run briefing but it wasn't to be, and this will have to do! Happy Birthday to both Pauline Dinsdale and Dori Gillming , Whangarei parkrunners since day one! 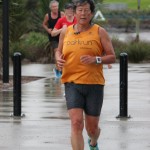 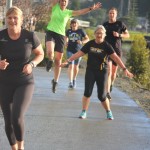 The good new this week was that at least we started the move out of lockdown! That first step from level 4 to level 3 is a start. We may get to level 2 later today with any luck.. We know that parkrun cannot restart until level 1, that is crystal clear. But (not) parkrun has generated a lot of interest, enthusiasm and yes , rivalry!

It's amazing to look back on a week in which the weather was not really 'run friendly' in the early days , and yet so many of you managed to get out there! To give that some perspective, our average numbers over the last 12 weeks were 130. At the time of writing this, 53 of you have 'logged' at least one 'not' parkrun- many have several, despite those torrential downpours! That means in simple terms that about 40% of our usual group have joined in a (not) parkrun this last week, which is a great success. There are all sorts of reasons behind that..

According to David Bowie 'We can be heroes...just for one day' Well I suggest he might be wrong! Some can be heroes far more regularly, just by getting on with their day to day business with no fuss, no drama. Take for example Emma and Tyler Watson who you will all know from Saturday mornings. This was the first time either had done a (not) parkrun, but yet they have managed to get out twice this week which is so impressive. Well done you two-total determination there, for all to note! Maybe not a hero, but abandoning his camera and doing his first (not) parkrun was Ricardo, so kudos there too! And a shout to Jim Kettlewell who notched up a couple of runs for the boys! 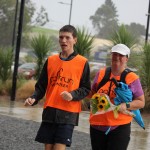 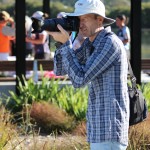 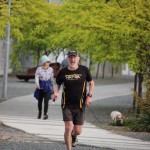 As many will know a bit of rivalry was stirred locally. Last Monday morning Maria Easterbrook and Martin Harrap kicked off a boys v girls competition which has continued to be 'fuelled'  throughout the week. Fair to say that both are competitive by nature. A benefit to Whangarei parkrun of course is that this has encouraged an overall number which is pushing us to the fore in the National count.

(not) parkruns can be logged throughout Sunday so a final result could not be declared until Monday morning.

So whilst Hamilton had more parkrunners, we at Whangarei topped the National total for (not) parkruns logged. That is a  great result , no doubt caused by the competition generated by the girls v boys challenge

Not only did more individual girls log (not) parkruns, but in total they amassed a greater number too. This despite the fact that of 6 runners who recorded the maximum 7 runs for the week, only captain Maria was from the girls team!

23 of you took on this challenge for the first time , and this surprised me: 14 were for the boys, and 9 for the girls.

Obviously we have no way of knowing how comparable your 5k courses are..but for the sake of interest, the fastest times were:

To be fair, these were sought before the full, final outcome was known. first then, some edited comment from Martin .. 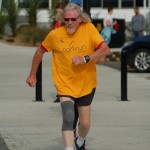 For some reason I seem to have been given Captain status of a group of males who have benefited from a hard week of running, jogging and walking. Maria Easterbrook, has well motivated the girls to again nearly run away with the notparkrun challenge again this week. With her rallying around of the troops all I can say is Whangarei parkrunners give yourselves a pat on the back.

Overall as “Team Captain” I believe that we have done very well what with getting over fifty percent more males adding in their notparkruns. As a “TEAM” we are at this point well ahead of last week by

To my fellow runners the weather forecast for today is good and the rest of the week is going to be great. Get out there and run, jog or walk but remember register a 5km every day.

Well, done to one and all. Hoping to see you soon, me I am off for a run!

Then, the victorious Maria.. 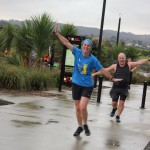 'I must say the women have done us proud. They have left their housework/husbands and sometimes even the children and put on their running shoes and got outside for their "nation" The males on the other hand have basically stayed on the couch. Where was their commitment to our local parkrun?

Teehee Everyone loves a bit of competition and jest especially while we are in lockdown.

I didn't realise I was crowned captain of the girls team, but I would like to say I'm very proud of the females that got out there in all elements that were thrown at us this week, to do our bit for the  overall team. We as a small city have succeeded at achieving a wonderful goal'

At about 8:30pm on Sunday night thee she was on FaceBook..

'Great work team. Are you ready for round two next week?'

Quick as you like Darlene is back with 'Absolutely 100%'

Captain Harrap: What say you? 'Of course'

So it's on again! Can we reach a total of 200 (not) parkruns? There are lots of strava runs which are not being recorded as (not) parkruns. Don't forget, you don't have to run exactly 5k:if you run further, you can include  a 5k time from your total run. Just log the 5k...please!

Whether your motivation is girls v boys, or to stay at the top of the list for NZ, or simply to get out and enjoy your 5k (not) parkrun while we wait for the return of the real thing...does it matter? Do it, for whatever reason makes you happy!

Watch the banter on Facebook..it can be lively and amusing.

It may not be much to many, but to see little Whangarei sitting at the top of the list of the National ratings for the week reflects well on our parkrun, and is something to be proud of. Well run Whangarei!!