This morning was my 300th parkrun/walk, I started doing parkrun on the 27/07/2013 at Lower Hutt parkrun & have also done parkruns at Trentham Memorial parkrun, Porirua parkrun, Kapiti Coast parkrun, Palmerston North parkrun & Greytown Woodside Trail parkrun, when I first start I would only walk every 2 weeks, as I have problems with my knees, when I got closer to doing my 1st milestone I then went every Saturday, along the way I have meet some pretty cool people, I would like to say thank you for everyone that came to support me this morning.

Congratulations to me on completing 300th parkruns!Janette Beckett

We were treated to yet another calm and dry morning today, nothing to complain about given that it is well and truly winter now. I’ve been enjoying having another parkrun in the greater Wellington area and today was my 10th at Trentham. My home parkrun is Lower Hutt. I do like being a tourist and I have a great time completing some of the unofficial challenges out there, so check them out if you haven’t already.

Hassan McCall (JM11-14) not only placed first with a PB today, but reached a Junior milestone of 10 runs. Cassandra Wilson ran her 200th parkrun today. Congratulations!

Volunteering is fun and so essential.  Most jobs are not difficult, and full training will be given. Plus, you can earn a free running shirt for volunteering. 25 times for a sexy purple volunteer top.  So please consider adding your name to the upcoming volunteer roster. Thanks very much. Enjoy the rest of your weekend – you started it in the best way.

With the weather behaving itself again for the second week after taking out our A and then B courses earlier in the month we had another dry calm day for Trentham Memorial parkrun #25. Eighty two of us appeared from the morning mist to line up on the start line for the second running (and my first experience) of the two lap course C.

My verdict on course C? I like it and personally want to keep it (not that we have a choice for the next few months!). It is definitely faster than course A. I think this is mainly because more of it is on tarmac path, but being 2 laps with an out and back really helps too. On an out and back course, being at the front of the pack can be a bit lonely. With course C, I see everyone after the first km and start overtaking people on the second lap, which can really help spur you on to a faster time.

Last week was also the comeback of parkrun in the UK after a 17 month hiatus. It’s great to see the start of a return to these events across the world. Lets hope the good news can continue.

I’ve been asked to give a quick rundown of my own parkrun history and how I approach the event as one of the more speedy parkrunners. I did my first parkrun in Bushy Park in 2008 – back when that was the only one in the world and it wasn’t yet called parkrun. I’m one of the faster parkrunners, with a parkrun PB of 15:32 that I now have to work very hard to get within a minute of. I consider myself a good club runner, and have won a couple of races, and finished first at Bushy 50 times before moving to New Zealand. This prompted one of the regular volunteers there to give me a special bar code with the first finisher number on as well as my personal barcode and “First Again!” written on it. I gleefully use this whenever I manage to cross the line first! Having said all that, I am nowhere near the phenomenal standard of a professional athlete. I managed to finish second when Andy Baddeley set the parkrun world record in Bushy when the 2012 Olympics were on. I managed to keep pace with Andy for about 400m, and I ran a good time for me. But he crossed the finish line before I’d reached the 4km mark! Being fast is definitely relative which is why setting your own goals and running to your own schedule is so important.

So, how do I approach a parkrun? Well, the first thing to say is I’m competitive. My coach often tells me to take a Saturday easy or just do a tempo when I’m training for something specific. I find this hard because when I do an event I like to go fast. So when I really need to take it easy (I’ve got an event on the Sunday or need an easy week), I’ll skip it, which is why I’m not yet on 300 parkruns after 13 years. I often need more distance on a tempo run on a Saturday as well, in which case I’ll do the parkrun, then complete a session (e.g. 5x3min efforts) immediately after. Knowing I’ve still got a hard session to do stops me going all out for the parkrun itself.

I’m not a morning person so wake up about 7am, eat breakfast much later than I should and use the cycle to the park to warm up, arriving in time to do a few drills before the start. This is not recommended – but I seem to get away with it and run better than on an empty stomach. Once at the start I always look out for people I know are fast, hoping for some competition. I much prefer to be pushed and racing somebody than to be out at the front on my own for a parkrun. I know a parkrun isn’t a race, but for me it is, but it’s a race to get a time, and occasionally to beat one specific person (I’ve had some good rivalries), not to finish first. Running fast on your own is hard, even if you are winning, I’m never going to run as fast on my own as I will trying to chase down somebody. So If I’m feeling good I want to see someone I know is faster than me, so I can hold on as long as I can. If I’m feeling less good I’m hoping to see someone slightly slower, so I’ve got someone to push me to go faster than just a tempo. I’m sure many of us have that one big milestone time and/or person they try to beat every week. It’s exactly the same at the front, at least for me.

This Saturday for me was one of the days where another speedster didn’t show, so I was expecting a slower than usual time since I also wasn’t feeling great. I was therefore pleasantly surprised with what I managed, and put it down to the new course and all the lovely parkrunners out on it.

Two people achieved parkrun milestones this week - Simone Hadley and Amanda Jayne Sellers both reaching the the lofty heights of 100 completed parkruns. That’s the same as running from Trentham Memorial, all the way to the startline of Hamilton Lakes parkrun!

True to form (apart from the weather blip last Saturday) Trentham Memorial parkrun took place on another dry day, so back on the dry sunny streak. 67 runners and walkers, plus a child in a buggy and 2 dogs tested out the NEW C course. Good feedback received after people completed the 2 laps. Over the last 2 weeks due to heavy downpours, there has been very bad erosion on the banks of the Hutt River affecting the river trail which we use for part of our course. Many thanks and well done to Allan Hartley and the Run Directing team for sorting out new courses in double quick time and having the foresight for preparing 2 courses for approval by parkrun HQ. Through their rapid response, there has been no need to postpone parkrun.

Course A was used 22 times from 30 January to 3 July 2021. The rain came down, Course B was used only once on 17 July at event 23, by 26 hardy souls. More rain came down and more erosion, and now we have course C which now heads north on a wide concrete path on the river trail.

Welcome to parkrun visitors from Porirua, Blenhiem and Hamilton parkruns, hope you enjoyed the course. Special welcome to first time ever parkrunners Dan Hardie and Madie Olsen, may this be start of a wonderful parkrun journey for you.

Congratulations to EVERYONE for turning up and taking part in the best Saturday 8am activity in the world! And especially at Trentham Memorial Park in Upper Hutt!

We would have all seen the parkrun photographer Martin O’ Sullivan on the course somewhere today. Martin has just completed 100 VOLUNTEERS for parkrun, so thank you very much Martin. Since 2012, Martin has volunteered on average 9 times a year and his volunteer jobs have included lead bike, tail walking, time keeping, barcode scanning, photographer, finish tokens, report writing, setting up and closedown. Apart from volunteering, he has run 428 parkruns to date, and visited all 34 New Zealand parkruns, plus parkruns in international locations. Photo below shows Martin in his purple volunteer parkrun t shirt at the first Sherwood Reserve parkrun event on 3 July.

This leads to the CALLOUT for volunteers for 31 July and subsequent Saturdays. Parkrun needs YOU to make parkrun happen! Check out https://www.parkrun.co.nz/trenthammemorial/volunteer/ for information. You can contact the Run Directors by emailing  trenthammemorial@parkrun.com or by messaging the Trentham Memorial parkrun facebook page. 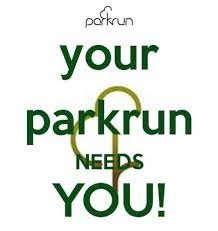 See you next week.

The day before this event, someone posted on Facebook “Run Director Responsibilities, section J,Run clause 27, subsection iii:
“Run directors are never responsible for cleaning parkrunners’ shoes, socks, tights or shorts no matter how dirty they might become.”

Bit of odd timing, as the weather on Saturday was fantastic for running, as of course it always is at Trentham. The warning may explain the relatively low turnout, with only 25 runners instead of our normal 70 or so. My favoured explanation however is that most of the normal attendees were at home enjoying the stunning weather: working on their sun tans or getting ready for some impromptu barbeques.

It was nice to see most runners taking sun safety seriously, with long sleeves, and hoods or hats common on the start line. Also, for those of us who did show up, today we got to run Route B for the first time – originally intended as a backup in event of rain. Which of course never happens in Upper Hutt, so kudos to Run Director Stu Leslie for deciding to assuage our curiosity.

Figure 1 : At the start line. Don’t know why the left hand side of this photo is so blurred, think I might need a sun hood for my camera.

There were 3 first timers today, 1 of whom was doing her first parkrun ever. Congratulations to Marie Marshall, Lynn Eyels and Mark Pearce.

Figure 2 : Marie Marshall and Lynn Eyles up from Invercargill.

Bit of a slow run today, with the only course PBs being reported by our first timers. Presumably everyone was taking it careful so as to avoid sunstroke. However, Simon Galbraith was first man male home, with a respectable 22.26 time, and Liz Gibson took first female with 28.02.

See you all next week, last week of the school holidays.