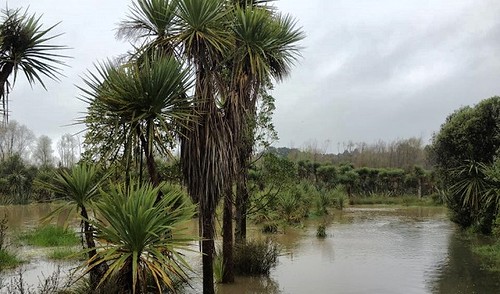 This week Dunedin introduces their champion ‘parkrunner of the week’, the Kapiti Coast course is pictured above in its recent flood, Canada parkrun is up and running, and there is a wonderful parkrun story from our friends across the ditch in the feedback!

Lian and Noel
parkrun New Zealand (get in touch)

We thank New Zealand Home Loans for their continued support for bringing parkrun to communities around New Zealand. 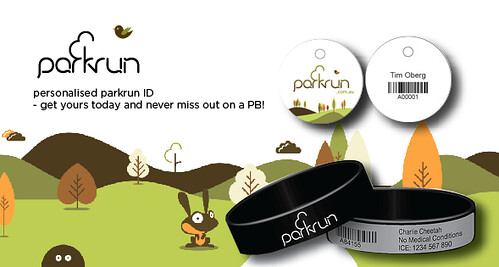 Jonah Smith won the Dunedin marathon last Saturday under pressure, battling cramp and a head wind in the final stages. He is also the 10,000m champ for Otago. Read more here.

Recently Jonah Smith joined the Dunedin parkrun team as a Run Director and Tania Hollis, Event Director, had this to say “Jonah gives back as much as he gets out of parkrun and we’re all very proud of him. We're sure that parkrun must have played a significant part in that result!” On another note - parkrun in Dunedin is always challenging over winter - we lose a number of families to winter sports and the ice can sometimes play havoc with our course.

Sometime it's just the hardiest of runners, walkers and volunteers that help keep things ticking over until we start to defrost. It was good to see that this winter average numbers appeared to be up on last year which means that we have a great base of participants that just don't let the cool temperatures stop them. Once we get to Spring (which coincides with the end of the winter sport season) it's great to see the numbers at parkrun start to swell again and folk that we haven't seen for a while come back.

Already in September we have seen numbers jump from 50-60 per week in winter, to over 80 in the first two weeks, then to 110 in the most recent weekend. To put that in perspective, our course record is 119 so it's shaping up for a cracker of a summer season.

Spring also means that visitor numbers start to increase and because of our location in the Botanic Gardens, the scenery if constantly changing. October 1st  sees us change to our summer time of 8am, and on October 22nd we will hold out first tutu-themed run. 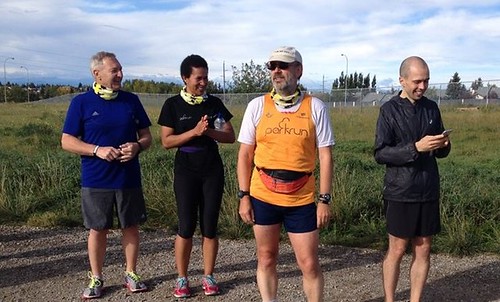 Another spot to add to the parkrun tourist list! parkrun Canada started on August 20th at the Okanagan parkrun (Kelowna) and the second one, Nose Hill parkrun (Calgary) on September 3rd which can boast having the beautiful backdrop of the Rocky Mountains on their course!

Euan Bowman, parkrun Canada Country Manager had this to say:

“The stories behind the people who attended this event were quite extraordinary. We heard from parkrun uber-tourist Roderick Hoffman who flew in from the UK especially for the event; Edward Williams who ‘just happened’ to be on holiday and in the area so wanted to join us and Cool-Choir lead Jamie Sefari and his experience of setting up his new life in Calgary.

Also New Zealand residents Nneka Okonta and Paul Gibbons (pictured above), who were returning from a trip in Europe, stopped off in Calgary to do the parkrun and were also at the inaugural Swedish run last week!

To hear about parkrunners skipping across continents in the space of a week to attend parkruns, and being welcomed in similar fashion reflects the welcoming nature of parkrun around the world. Happy parkrunning”

Dunedin parkrun will change to an 8am start again from 1st October. Daylight saving starts on Sunday morning 25th September so Saturday 24th September will be the last day this year for Dunedin’s winter start time of 9am. 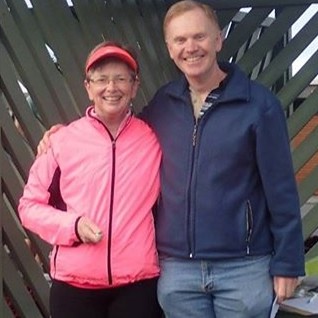 feedback from the field

Check out this moving story from our Sandon Point regular, Cherie. A testament to the parkrun spirit. As you will read, Cherie's story wouldn't be complete without her husband, David, also a familiar face at Sandon Point each week.

David has been a dedicated volunteer while he waits for Cherie to tally up her runs to match his so they can do their 100th together. He's volunteered 32 times in total, 21 times in 2016! A truly inspiring partnership.

Tears of happiness to know how much parkrun means to you. I guess a lot of us have a "parkrun changed my life" story...but yours is just so bloody good. This is the essence of what makes parkrun what it is - a bunch of people all with the same common goal - to get to the end of that 5k - supporting each other to get there. BUT we all know that parkrun is all about the friendly chat/ coffee at the end.

What do you do at parkrun: Accomplish the 2 minute 30 second sprint down from my flat to parkrun at top speed in a desperate effort to make the start in time. Then do the run at whatever effort I can be bothered with that morning, and afterwards, drink Italian hot chocolate and eat brownies at the cafe to refuel.

How has parkrun changed your running: Hasn’t really made me run more, but it does ensure that at least one morning a week I get up and run in the morning, something I usually fail at because I’m too lazy.

What do you like about parkrun: Getting to run (I love running). And hanging out with everyone is always cool.

Most memorable or funniest parkrun moment: The time I jogged parkrun with my brother, going as slow as we dared most of the way, but sprinting whenever we saw anyone watching. Just trying to look as cool as we could without putting much effort in.