thank you is more than just a word

Welcome to the latest parkrun NZ newsletter. Dunedin’s summer start time is soon, Hagley’s hardy souls are pictured above, this week’s ‘young at heart’ parkrunner hails from Hamilton Lake and there’s some great feedback from Porirua!

Thanking our volunteers can never be said enough, and below is an open letter to all volunteers that was recently shared on Facebook.

Lian and Noel
parkrun New Zealand (get in touch)

We thank New Zealand Home Loans for their continued support for bringing parkrun to communities around New Zealand. 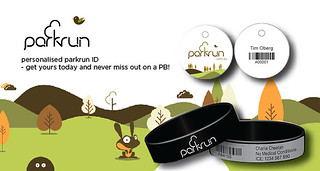 an open letter to parkrun volunteers

Saturday morning, 8am. Most of you are up. Some of you are already on your way to your local parkrun to start setting up.  Sometimes the sun is shining and you’re happy to be spending the next hour or two outside, bathing in its warm glow. But some days it’s cold, dreary and wet and there might be lots of other ways you’d rather spend your Saturday morning. But you head to parkrun anyway, knowing your fellow volunteers and hundreds of enthusiastic parkrunners are counting on you.

To the marshals – I don’t know what kind of coffee some of you drink on a Saturday morning but whatever it is, I want some. You stand in all weathers, sending us on the right track, keeping us safe and sending us on our way with a cheer and a smile. Thank you.

To the finish token sorters – I have only done this job once and it was in the middle of winter. My hands were frozen solid yet I couldn’t wear my gloves as I wouldn’t be able to sort the tokens properly. How some of you do this week after week in the depths of winter I’ll never know. Thank you.

To the barcode scanners – You repeatedly handle barcodes that are dripping in sweat. Some have been carried around the course in skin tight lycra, others have been plunged down sports bras (not guilty!). Others are pinned to various parts of our clothing and some are tied through our shoe laces, forcing you to b end down in order to scan them. Thank you.

To the photographers – You really bring parkrun to life. We love to get home after a good run and check our social media channels for some lovely new action shots. We love to share these with our friends, both taking pride in our achievements and also showing how much fun parkrun is. Subsequently some of those friends will show up for the first time the following Saturday, hoping to be snapped for a running photo of their own. Thank you.

To those who set up – You have to get up earlier than most volunteers in order to have everything set up and ready to go for 9am. Carrying placards, signs and cones around the route, some of you might run the full 5k before parkrun even begins. A lot of you will run it again at 9am. Yet most runners will never know that you volunteered that day. Thank you.

To those who clear away afterwards – whilst the majority of us are in the cafe tucking into a well-earned bacon sandwich, you are still out on the course. You carefully collect everything in and then store it away, ready to be brought out again next week. Like those who set up, most of us will never realise you helped out that day. Thank you.

To the bringers of cake – I love you.

To the results sorters – Whilst us runners are getting into recovery mode (putting our feet up/enjoying a fry up/treating ourselves to a posh coffee), your efforts have just begun. Technical issues might be thrown your way and woe betide when the ‘unknown runners’ pop up! Us runners love it when our phone beep beeps to signal the arrival of our results text. Most of us don’t appreciate the time and effort on your part for that to happen. Thank you.

To the run directors and core team of volunteers who turn out week after week – you have my utmost respect and praise. parkrun has become the massive success that it is because of you. So many new people have developed a love of running (myself included) because of you. Saying “thank you” just doesn’t seem enough….but…..thank you. I’m aware that I haven’t mentioned every role but that’s because I’m trying to stick within a word limit (or more likely because I was unable to write something witty about it), NOT because that role isn’t valued.

To all of you – thank you. If you attend parkrun (or even go along to support a friend), please consider getting in touch with your local team and discuss if there’s a role you might be comfortable volunteering for. If you’ve ever had a gripe with something that’s gone wrong in a parkrun (perhaps being sent the wrong way, it starting late or incorrect/delayed results), then perhaps you will consider giving up your time this Saturday?

If you’d still really like to run maybe you could offer to help pace somebody else to their goal time? But if you can’t help out, please be sure to thank those that do. I know it’s just a word, but trust me, when spoken with sincerity, it’s priceless.

Brad Henderson, Run Director for Hagley said the weather was probably close to the worst they’ve had in all their 100 runs; cold, wet, and miserable.

However, it was still impressive to get 80 people given the conditions and many thanks to those hardy souls who came along to celebrate and eat cake! And as always the volunteers.

The countdown to 200 is already on!

Please note change of time. Dunedin parkrun will change to an 8am start again from 2nd October.

Daylight saving starts on Sunday morning 25th September so Saturday 24th September will be the last day this year for Dunedin’s winter start time of 9am.

Hagley parkrun – October (to be advised)

feedback from the field

This is my first run report and so many thoughts come to mind in putting it together so thought I'd try and keep it simple and stick to just two. The parkrun present and our presence.

Seven weeks ago I had a slight disagreement with a wave. Nature won and I ended up with a dislocated and broken ankle. Yes it hurt! Being in a plaster for 6 weeks has given me plenty of time to think of how many gifts I have in my life - the gift of fitness, of running, of parkrun to name just a few.

Having those gifts taken away is of course when I've missed them the most. I've been fortunate to have never really been incapacitated so getting the brain and body in order to deal with the lack of activity has been a bit of a challenge and I certainly now have a new found respect for those who are laid up for months.  I've missed running quite a bit with my first and only question to the doctor last Thursday a testament to that... 'Will I be able to run 10k’s by Christmas?' His response wasn't exactly encouraging as my ears switched off when I heard '12 months' mentioned... I just hope I can run 5k’s and be back running parkrun sooner than next winter..

Why? Well it's such a perfect gift that's wrapped up for us and delivered each and every Saturday morning (barring the odd flood).

Porirua parkrun's presence is such that it really should be shared with more people.

Today 85 people plus a few dogs headed up the stunning course that is Bothamley Park. Sure it was a touch chilly and windy but the warmth soon came from the 'Hi' and the 'gidday' and the 'good morning' plus of course all the smiles both nervous and acknowledging.

So well done to all who were present today but why not share the parkrun present and get a few workmates, some family or friends along. It's a free gift that's well worth sharing.

Now if I could only catch that darn wave and tell it how unimpressed I am with it. 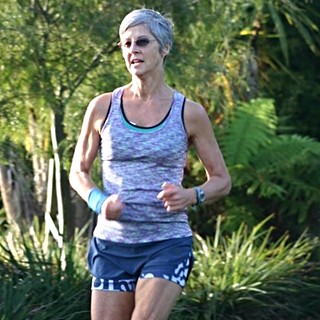 Number of Runs: Hamilton Lake reports Penny has completed 66 parkruns, improving her times significantly in 2015, now with consistent top 6 placing in the women’s field and (more impressively) age-group percentages just below the magical 80% that leads to Hamilton Lake notification in weekly reports.

Penny is the Hamilton Lake nominee for parkrunner of the week on the basis of running every week in July, never finishing outside the top 10 women, at an average age-group performance level of 75%.

Number of times volunteered: Hamilton Lake is happy that Penny volunteers regularly, six times already in 2016. Penny is a Hamilton Hawks member, with the Hawks being one of the local running clubs that supports parkrun.

What do you do at parkrun:  I like to run hard and see how fast I can go, or perhaps I will use it as part of my long run, doing km before and after. If I am unable to run I like to volunteer to still be part of it.

How has parkrun changed your running:  I used to take 5km to warm up, but now I can run a decent 5km time for my age!

What do you like about parkrun: It's really addictive and the people there are so supportive. I have met so many lovely people and enjoy seeing them there and also at other local running events.  Runners are good company. I also like the chance to run in silly costumes at parkrun every now and then!

Most memorable or funniest parkrun moment: Doing my 50th run, setting the age group record and doing a massive PB all on my 60th birthday!