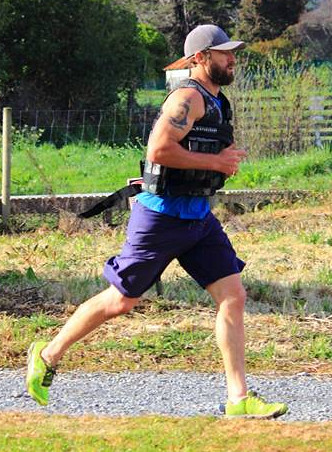 On a warm spring morning, in a car bound for Parkrun, I met up with 92 others and we were ready to run, so we took hold of our bottles and took one last swallow, Andy got in his position, ready with the gun, he took his one last breath and said get ready to run
Great turnout for the second week of spring. The sun was shining, the birds chiming, very little wind as the 92 runners took off heading to the hills including 21 juniors, who took off at lightning speed. Brent Atkins was once again out of race contention with Daniel Stoner as he volunteered.
At the halfway mark Daniel Stoner and his chariot took and held the lead ahead of Jason Wayne Harper and newcomer David Parr who posted an impressive time of 20.55, knowing that Mancamp was breathing hard down his neck.
Hannah Buglass-Devereux was first women home 15 sec short of her PB, With Terence Brown coming in 2 places behind, and aiming to improve his PB by making it to Mancamp training.
Harley Hubbard slugs it to the finish line with his never say die atti(dude) still feeling the effects of a dose of the flu.
All and all there were 15 new Pbs posted with a few coming in close including Summer Stevens and Kate Jenkins.
So let's shake our butts like we just don't care, and pop down next Saturday and even volunteer.
Over n out

This week 92 people ran, jogged and walked the course, of whom 4 were first timers and 15 recorded new Personal Bests. Representatives of 6 different clubs took part.

The event was made possible by 7 volunteers:

Today's full results and a complete event history can be found on the Kapiti Coast parkrun Results Page.