The weather held out for a beautiful parkrun event this morning!!  It was wonderful to see so many happy people excited to get started this morning.

Here is the summary of today's parkrun success:

This week 100 people ran, jogged and walked the course, of whom 3 were first timers and 19 recorded new Personal Bests. Representatives of 3 different clubs took part.

The event was made possible by 17 amazing volunteers:

We have 2 extra events this month, with parkrun events on the following dates:

Please let us know if you can help during any of these events.  We need volunteers to be able to bring the events to you. 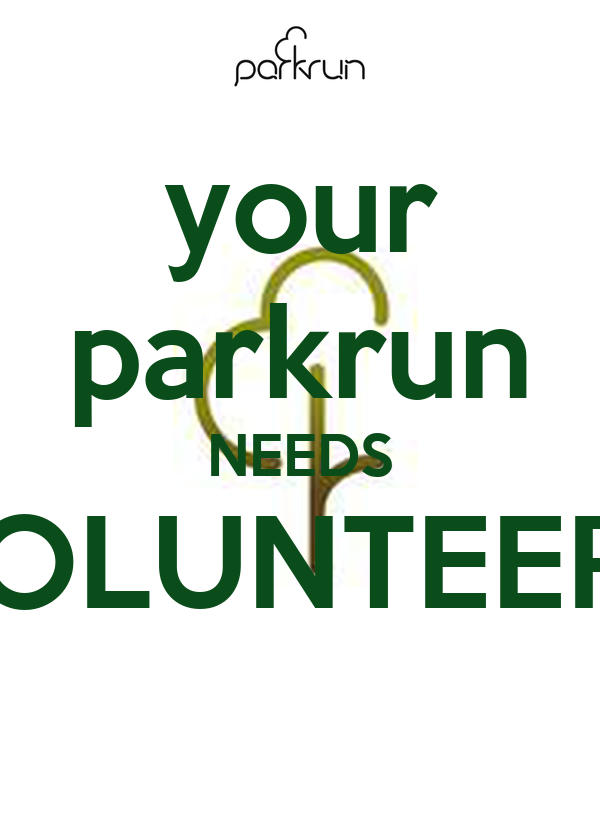 Congratulations Craig Iversen our first finisher, who achieved a PB coming under under the 17minute mark at 16mins59secs!! Great effort today!  Congratulations to Kimberley Iversen, (who has gotten so tall recently), and came in as the first female finisher in 19mins 46secs.

Congratulations to the 19 parkrunners who achieved PBs this week!! 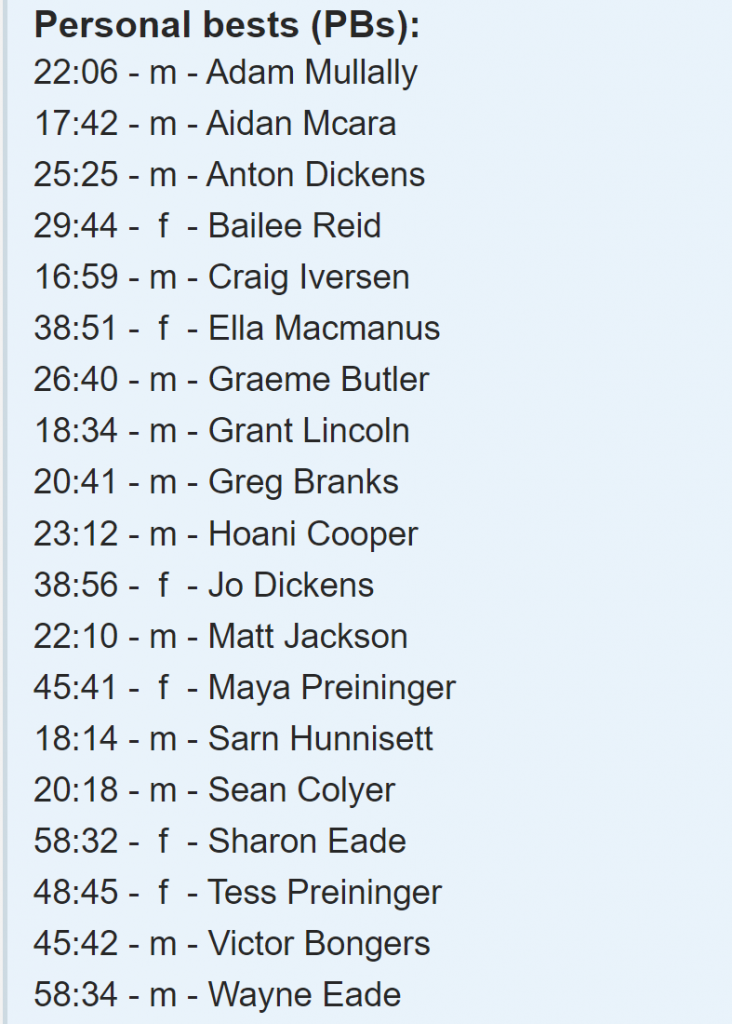 Welcome to our first timers today and to those who travelled to join us from other parkrun events, including Barry Curtis parkrun and Foster parkrun. 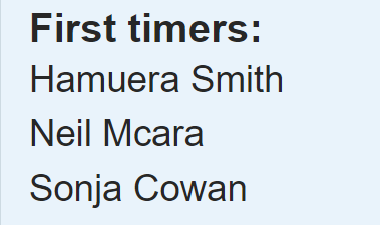 Grant Lincoln joined us today from Barry Curtis parkrun.... you could say he had a personal challenge to complete by coming to Invercargill parkrun.  Grant recently had a birthday that moved his age category for parkrun statistical purposes.  After reviewing the age grade records for several parkrun events, Grant decided it was achievable to beat our record for his new age category.  Today Grant was successful!

You can find our age grade records here:  https://www.parkrun.co.nz/invercargill/results/agecategoryrecords/

Gary Mikkelsen joined the 100 club today!  Originally planned for a few weeks ago and thwarted by injury, it was great for Gary to have his family there to support him as he achieved this milestone!  (pictured here with the grandchildren pre event) 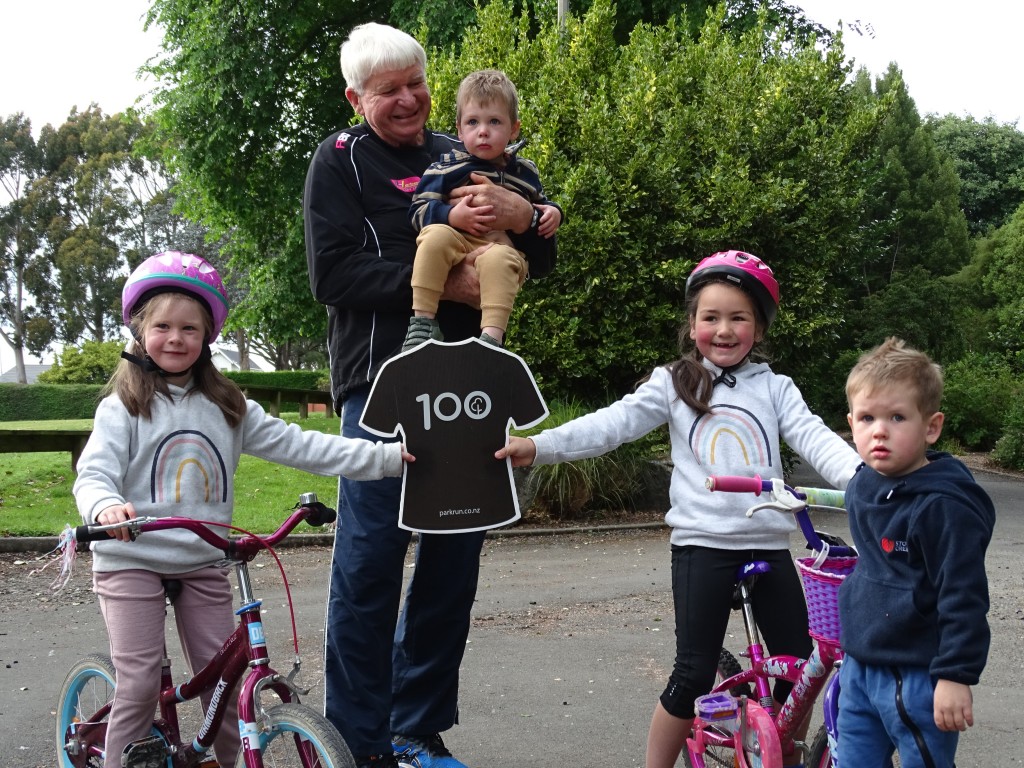 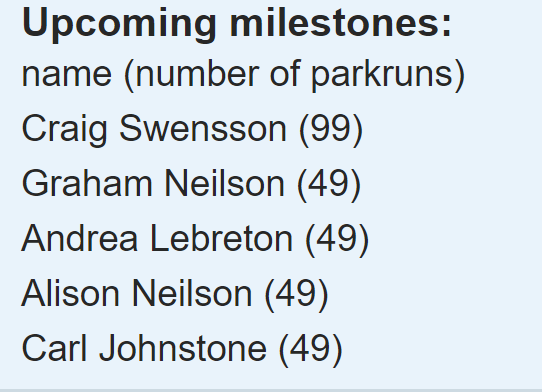 Read here about our Special Christmas Day event and New Years Day event.  These events are a great way to recover some lost parkruns from this crazy year!

Have a wonderful week!  See you next #parkrunday.

We are pleased to bring you a special event for Christmas Day!!  Our parkrun event will be at 8am and we encourage festive wear if you are so inclined!  Come and do your 5km run, walk or jog before getting bogged down in the festivities of the day.   AND of course we have our usual event on Boxing Day.

This year we are holding a New Years Day parkrun event at the special time of 9am.

We welcome you to 2021 and help you start your New Years Resolutions with a free, 5km special event!  (and then we have our usual parkrun event the next day!!) 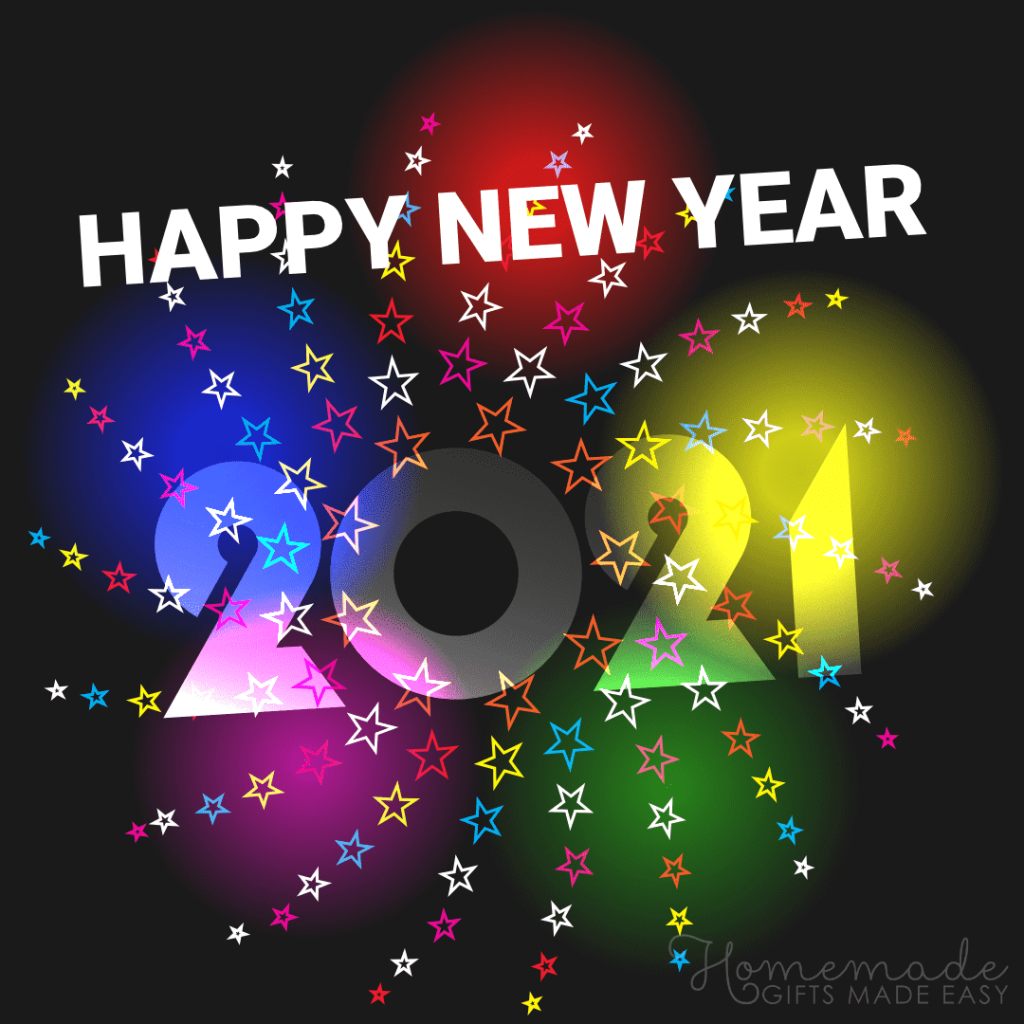 Look forward to you joining us for these special parkrun events.

Today we had the pleasure of welcoming 88 PARKticipants to our event, including some visitors from Lower Hutt!

21 fabulous hi-vis heroes gave their time to helping this event go smoothly today! Thank you to each one of the people named below for volunteering!

A big warm welcome is extended to our 6 first timers today! We look forward to seeing you again.... And again... And again! 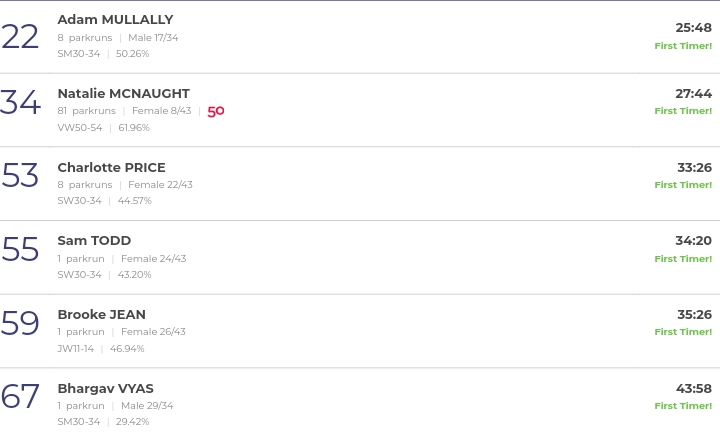 Congrats to the people named below who have achieved a PB this week! What a fantastic effort! 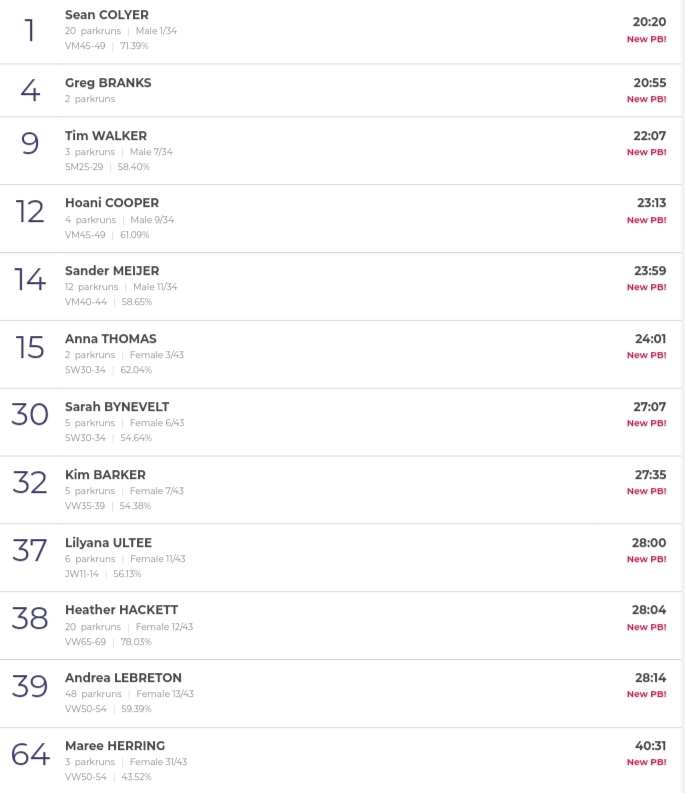 We have some additional parkrun events coming up over Christmas and New Year, note these in your diary!!

We would love to see you at one of these or even helping out with volunteering.

Have a great weekend and we will see you next Saturday, 7.50am for the first timers briefing. 7.55am for our full briefing.
8am we are all go!

A big congratulations to all those out on the course today who braved the blustery conditions, and special shout out to those who participated in the Queenstown Marathon events this weekend too!

This week 82 people ran, jogged and walked the course, of whom 8 were first timers and 6 recorded new Personal Bests - amazing job all!

The event was made possible by 21 volunteers:

Don't forget to take a peek at our volunteer roster for the coming weeks to see if you can fill one (or two hehe) of our upcoming vacancies. Volunteering is super easy, full training is given, you will get to meet some awesome people! Email us, Invercargill@parkrun.co.nz or message us on facebook @invercargill parkrun to let us know if you can assist us.

Have fun, stay safe, and see you all next weekend to do it again! 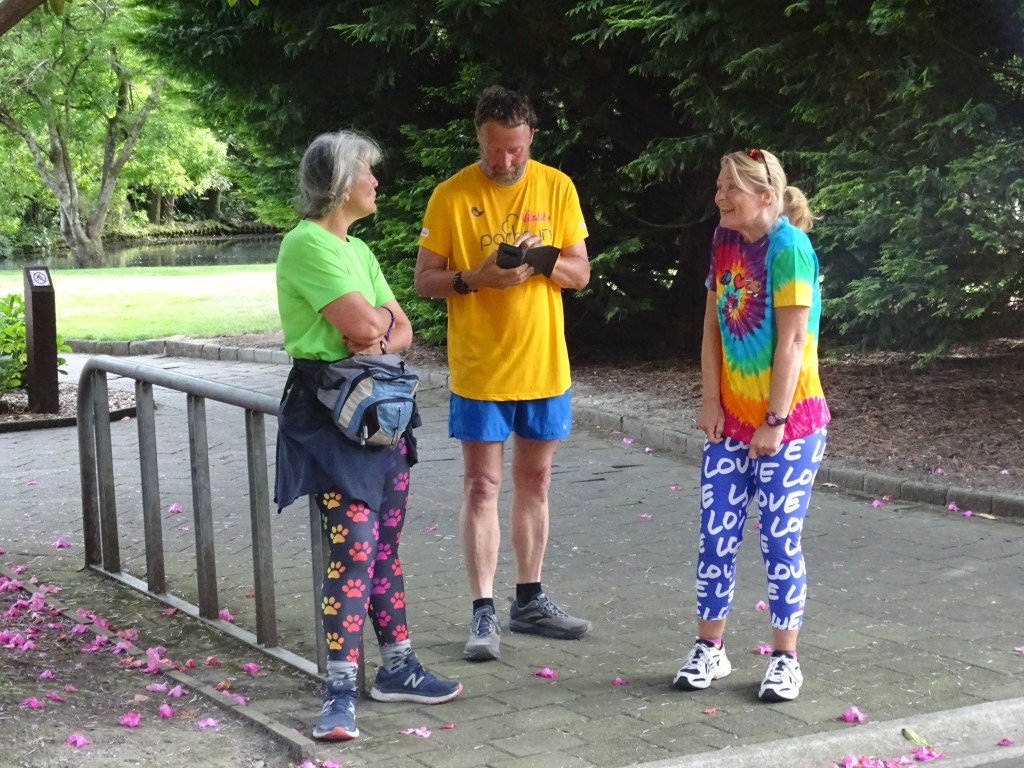 Back in February, I had planned to visit Invercargill parkrun and had offered to write a run report. Sometimes things get in the way of plans, and I found myself having to travel to the UK at short notice (coincidentally running a parkrun in Queens Park, Crewe, on the day I should have been in Queens Park, Invercargill). In late August, I intended again to visit the deep south and once more offered to write the report. On that occasion, it was the second lockdown that caused the cancellation of all of NZ parkruns, plus my flight down from Auckland. When my wife and I organised an extended South Island trip, I was a little hesitant to offer again, but decided I would. It proved to be 3rd time lucky, so here are my musings on this mornings’ parkrun, the 126th at Invercargill.

Queens Park is a very “English” sort of park. There are large, exotic trees with some of the oldest pines and macrocarpas here dating back to the 1870’s. In 1911, the Invercargill Suburban and Beautifying Society (what a great name that is, I’ve no idea if they’re still going!) agitated for the establishment of the first formal gardens, and an avenue of trees was planted to mark the coronation of King George V. There are lawns and facilities for a wide variety of sports such as football, cricket and golf, and, of course, a band rotunda. Even most of the birds seen during this mornings’ run were of English origin; Mallards on the duck pond (another feature no park would be complete without), Dunnocks, House Sparrows, Blackbirds, Song Thrushes and Chaffinches in the trees and on the grass, with the odd Tui and Grey Warbler representing the native avifauna.

The parkrun too reminds me of several in the UK. It’s one where you look at the course map and it all seems a bit confusing with various lines going to and from the bandstand, the focal point of the course. However, the judicious placing of cones and marshals, means it all makes sense once you start, and it’s easy to follow along the well formed and flat paths that make up the 5km. It’s a very pleasant route, especially in the sunshine that 107 runners and walkers, plus a few dogs, enjoyed today.

International Comic Book Day is usually in May, but due to the impact of Covid, it was cancelled this year. Invercargill as a city celebrated it today and parkrun joined in the fun. With the nearby library offering free comic books to anyone in fancy dress, and the desire of many parkrunners to wear outlandish outfits at the slightest excuse, it was a recipe for some famous visitors to this mornings’ event. There was more than one incarnation of Spiderman present, also Batman, Wonder Woman and “Super Lame”. Doubtless there were others, but not being something I know much about, I couldn’t put names to them. It doesn’t matter, it all adds to the fun of parkrunday. 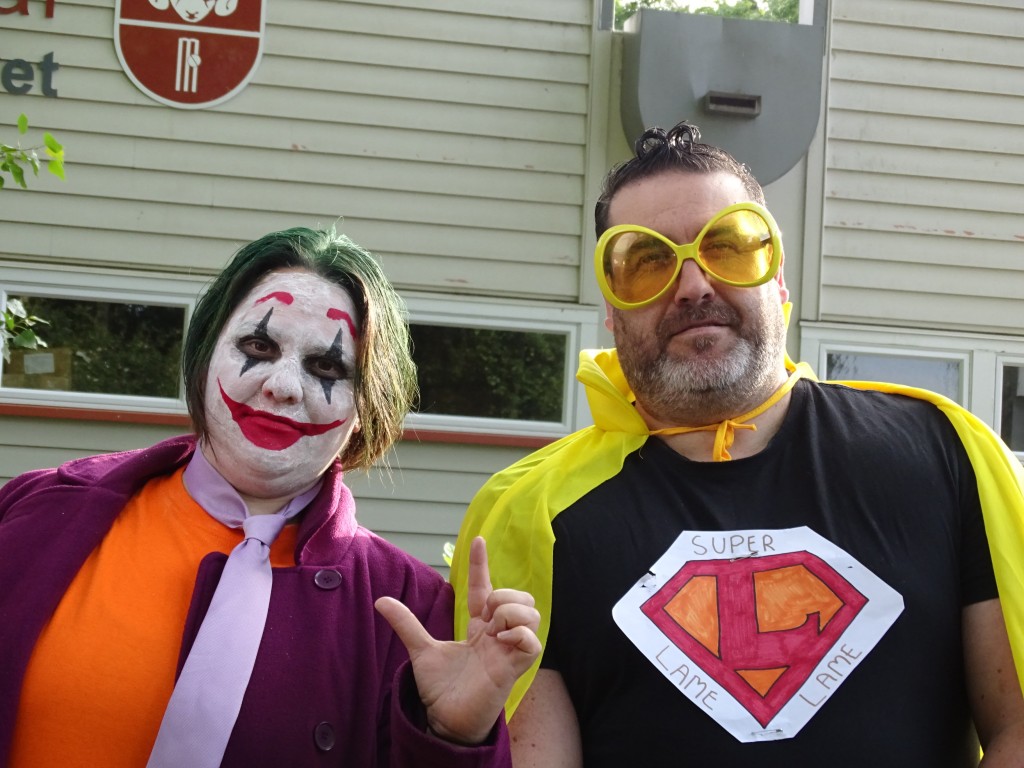 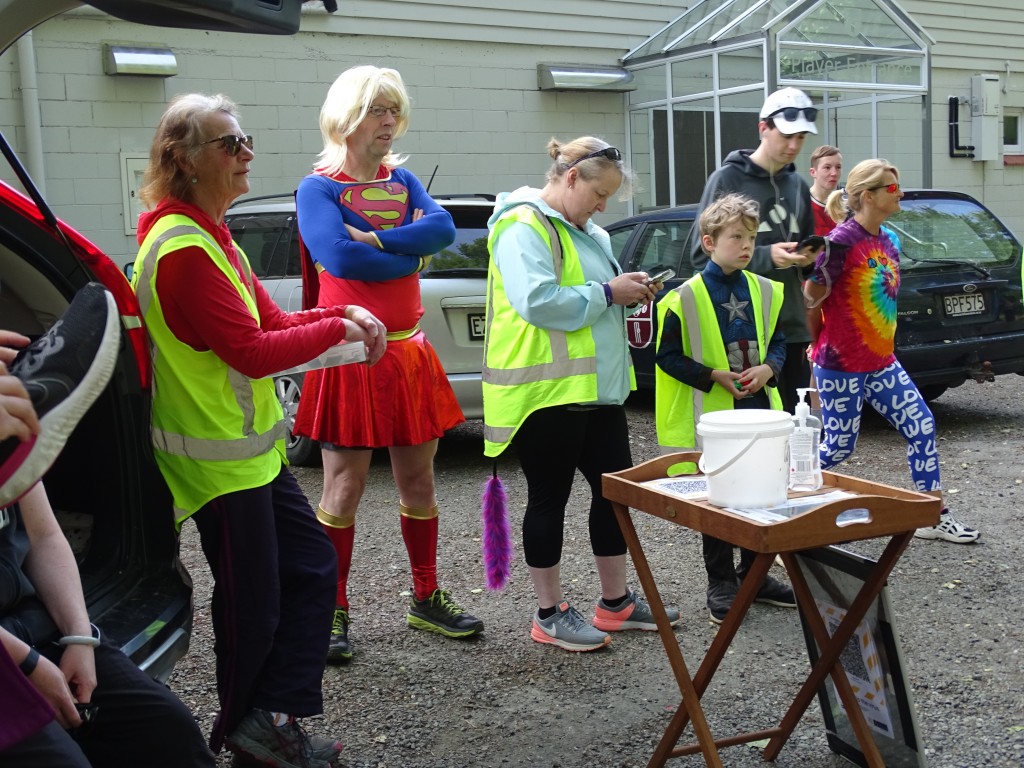 Another “Superman” present was Aidan McAra, leading the field home in 19.05 in his very first parkrun. Well done and welcome to the parkrun family. Joining Aidan in using their barcodes for the first time ever were Aliza Harrison, Tori Wheelans and Maree Herring, so a big welcome to you three too. Shannan Scott and myself were running at Invercargill for the first time, and collecting the last finish token was Lisa Stuart, one of the team of real super-heroes, the volunteers who made it all happen.

Special shout outs to some of the other 105 people between Aidan and Lisa go to the 13 people (over 10% of the entire field) who set new PB’s this morning and included Event Director Liz Henry, first female finisher Jessica Campbell, and Grant Baker and Alison Bishop who both reached the milestone of 50 parkruns this morning. Well done to all. In fact, well done to everyone who turned up. As is the case every week, the only losers at parkrun are those who stayed in bed.

Another tradition of Saturday mornings I am always keen to embrace is visiting the post run café. Today’s venue was The Cheeky Llama. Situated within the park, not far from the finish, it offered a variety of options to replace the calories so recently burned plus a few extras! I enjoyed the eggs benedict with salmon and a coffee, and which such an extensive menu, all tastes are catered for.

Finally, a big thankyou to todays’ Run Director, Barry Smith, and his team of hi-vis heroes for putting on the event and making us all so welcome. Parkrun only happens because of these fine folk, and it’s worth joining them. It’s easy to sign up, full training is provided, there is a job for anyone who wants one, and helping out once in a while enables those who do more volunteering than running the chance to take part occasionally. If you’ve been thinking about it, do it, and if you haven’t, do it anyway!

This week 107 people ran, jogged and walked the course, of whom 6 were first timers and 13 recorded new Personal Bests. Representatives of 3 different clubs took part.

The event was made possible by 20 volunteers: