While Good Friday in the Wairarapa certainly appeared to mark the end of summer, Easter Saturday morning was crisp, clear and picturesque at Greytown Woodside Trail parkrun, #108. 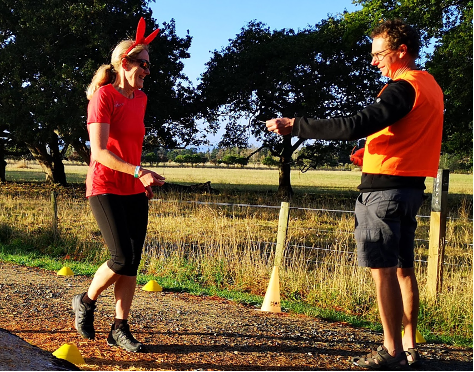 Visitors flocked to the Easter special - from Eastbourne (which isn't a parkrun), Rotorua and Invercargill (must have been a very early start..).

I, dear reader, was encumbered with a dog – an excitable corgi named Renfield (@excellent.mr.renfield for those interested). He hasn't yet learnt the basics of rhythm and pacing. So, watching the runners pass by, backtracking and lurching to either side of the path, I held on firmly to what would be not so much a run, as a festive rabbit chase. 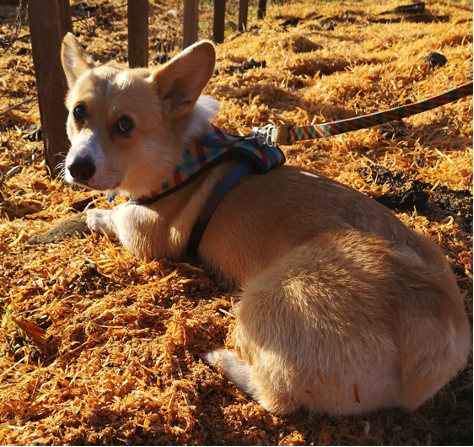 Bedecked in bunny ears, and traditional tutus, a bevy of 70 runners set off in the morning chill. Renfield and I sprinted forth in instinctive pursuit, exhausting ourselves in the first 1km. We were easily outrun, even with 14 first timers at GWT, these were clearly experienced rabbits! Newcomers Russell CLARKE, Joe REDFERN, Jacob VERSTRATEN, Phil GULBRANSEN, Josie WARD, Megan DWYER, Elizabeth DAINTY, Stephen HILL, Chris PEDDIE-BURCH, Anna ROSSITER-STEAD, Robyn SHARMA, Harry SHARMA, Jackson HUNT and Sharriie GIBBONS deserve an extra big egg for putting Ren and I through our paces. 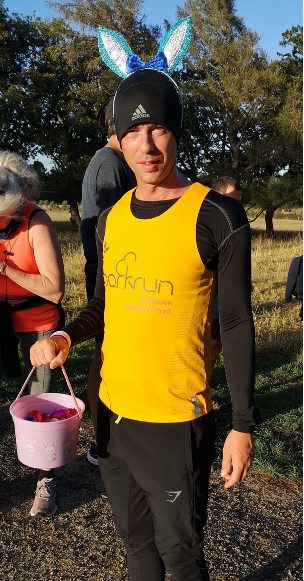 Congratulations to this week’s winners!:
● Porirua regular, Juan KOEKEMOER, bounded out and back in 18m 50s; both a win and a PB for his second trip to GWT.
● Marcia HUNTER brought home her fourth female first place at GWT in 25m 16s.

Full results can be viewed on the results page. 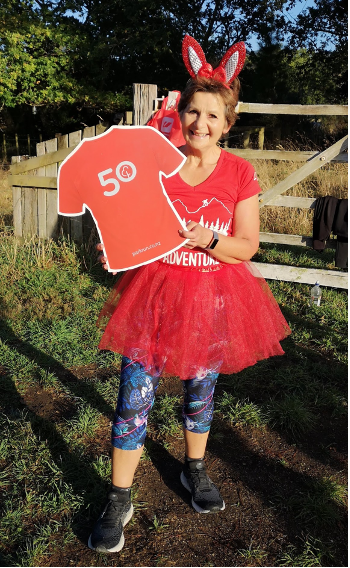 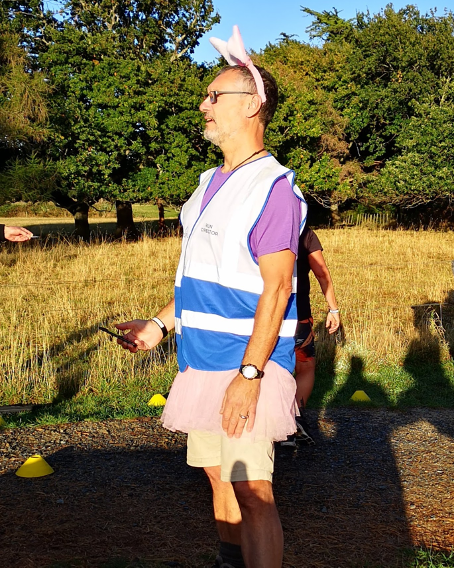 This week's Event Report comes to us from Kirstin Hunter:

Parkrun day dawned bright and early for Greytown Woodside Trail's 107th parkrun. Our field of 57 walkers/runners (plus our exceptional support crew) were presented with an exquisite March morning.

Today saw me cruising along the trail as a walker rather than at my usual jog. It certainly gives you more time to take in the view and truly appreciate the beauty in our own backyard. Today saw several first-timers to our humble trail. A big welcome to Jordan Horrell, Emma Keane, Candi McMickle, Chris Mead, Melissa Mead, and Charlotte Ross.

As always, a shout-out to our awesome team of volunteers - especially those who volunteered earlier in the week rather than 10 minutes before the run (I'll try to do better in the future). Thanks to Di Bailey, Martin Dransfield, Bede Stevens, Graeme Tindall, Ian Ward, Jan Ward, and Dave White.

Remember that next week is our annual Easter-themed parkrun, so let's dig out our bunny ears and have some fun.

We talk a lot about not being able to have a parkrun if we don't have enough volunteers. A timekeeper and a barcode scanner are essential for recording results, and the scanner would have nothing to scan if another volunteer weren't handing out finish tokens. We couldn't safely keep participants and traffic from colliding if we didn't have our dependable Stout's Corner marshals, many of whom double as photographers. We couldn't safely keep the Greytown Woodside Trail owners on side if we didn't have our valiant Carpark Marshals ensuring that the area outside the archway remains vehicle-free. Those carkpark marshals also help many a parkrun tourist discover that they are, in fact, in the right place. And last (by design) and certainly NEVER least are our wonderfully dedicated Tail Walkers, ensuring that everyone else gets back safe and sound, every time out.

That's our volunteers. But there's another element without which parkrun wouldn't, well, run (and walk). And that is our participants. You the walkers and you the runners and you the folk who bring your dog (on a short lead, of course!) along the trail with you and you the brave parents who push the prams through our myriad metal pinch points–everyone who starts at the tree (sadly, now a stump) and ends at the tree (after, of course, turning around at the red slab) is worthy of praise and an inspiration to all.

Here are some benefits to consider: 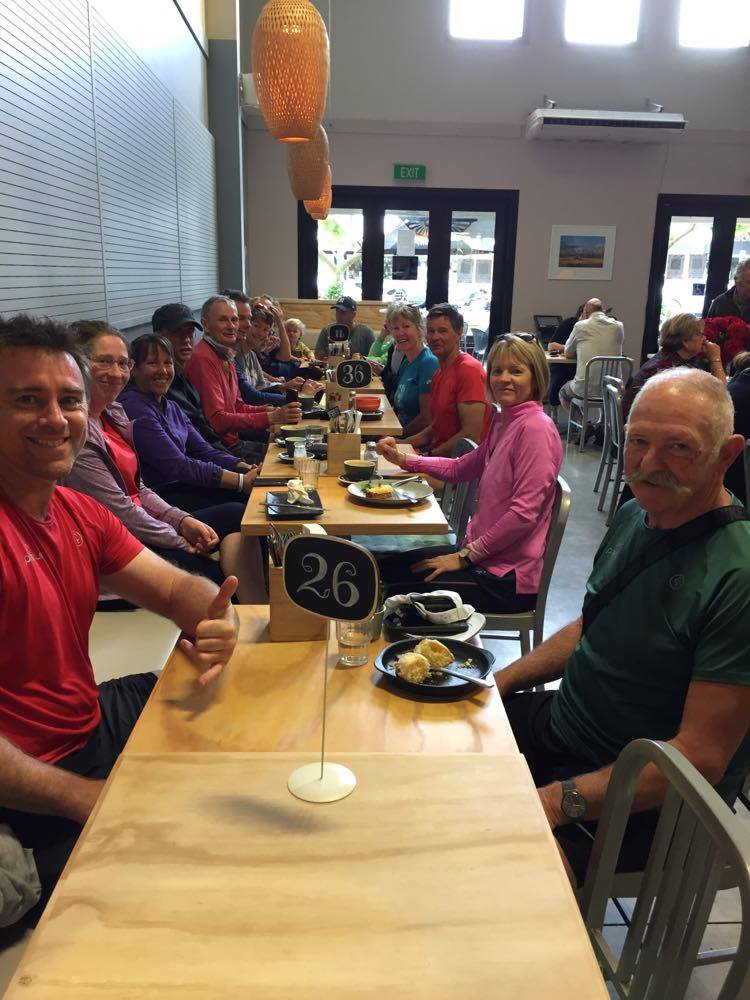 So all of that is by way of saying thank you to our participants, for coming out week after week (or as often as you can), for smiling for our photographers, for cheering on other participants while running/walking and after you've finished, for making The Offering such a parkrun-happy place on a Saturday morning. Yes, parkrun needs volunteers to run. But parkrun also needs runners and walkers to operate. It is our participants as well who make parkrun go. So from the Run Director crew to all who run and walk on our course, a hearty thank you and a high amount of appreciation for your dedication, your spirit, and your determination to live a fit and healthy life. Wherever your travels may take you, you may well find a parkrun. But one thing that we all know is that right here in the heart of Wairarapa is a vibrant, happy, inspiring group of people who make parkrun go.

See you out there!

Some particulars from this week's event:

It was a nippy but still morning when the field of 47 lined up at the start line - perfect conditions for parkrun!

Today marked our first parkrun without our giant old pine tree sheltering our start/finish line. There was many a discussion about the loss of our trusty friend who has provided shelter on blustery winter mornings and sported many a decoration during our themed events. We suspect it was aged between between 80 to 100 years old and the stump now provides a great platform for our briefings. 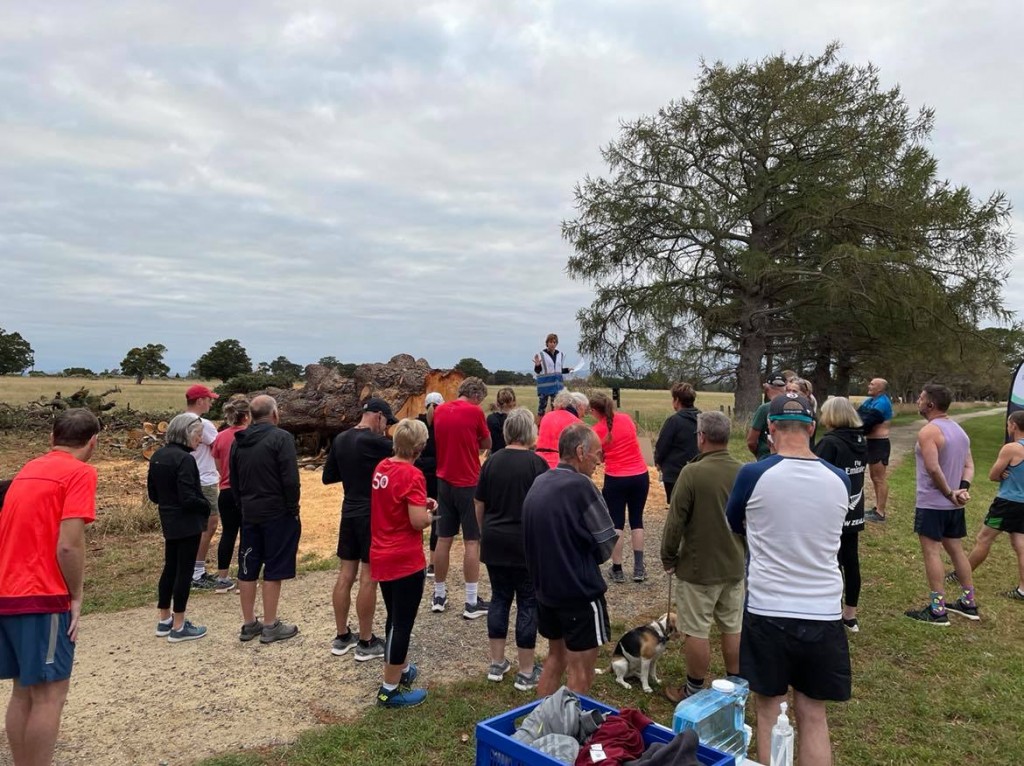 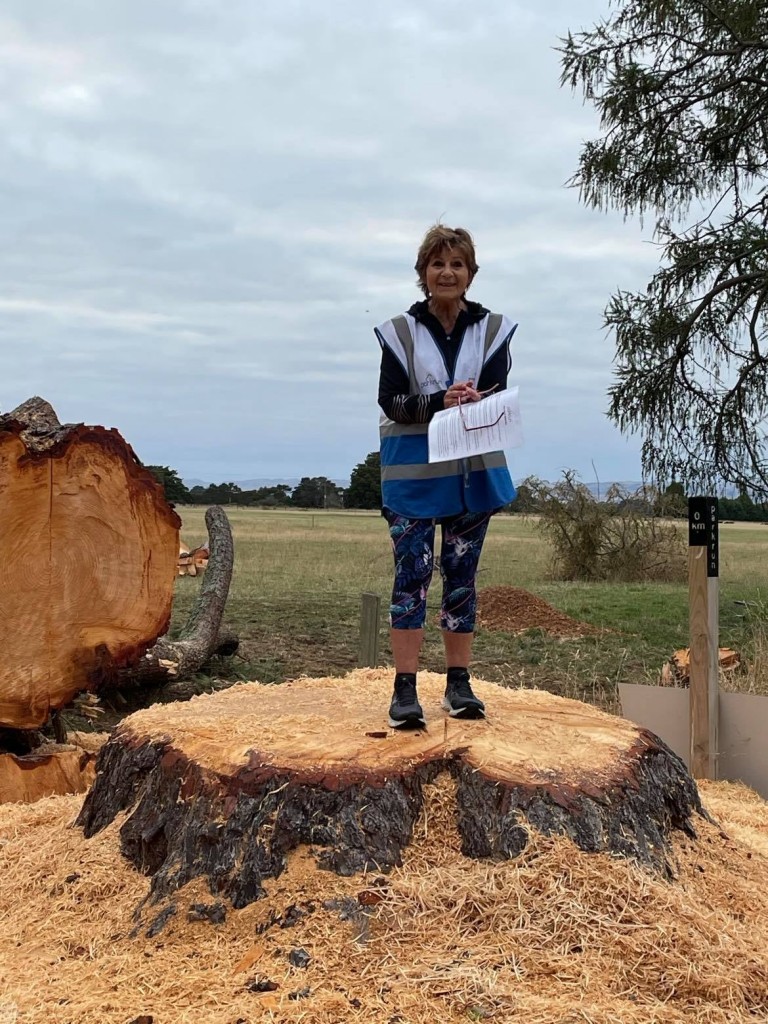 Last week we were due to celebrate International Women's Day before a change in Covid alert levels meant parkrun was cancelled. Let's give a shout out to all our parkrun ladies - particularly our first woman home Marcia Hunter who has a two hour return trip to take part 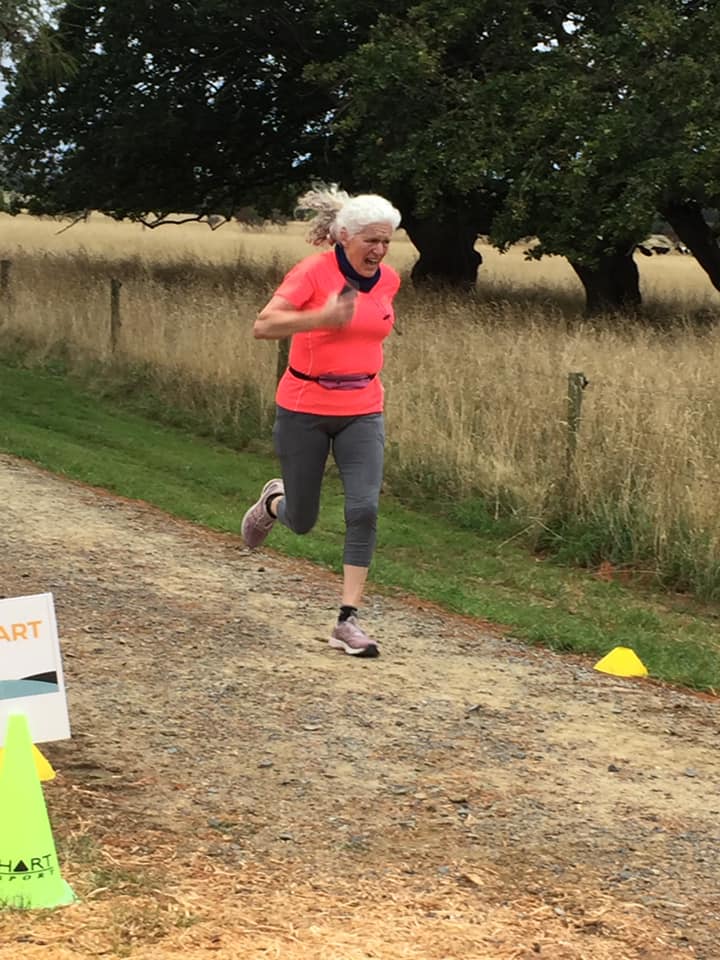 and our junior tailwalker Tilly Mills! 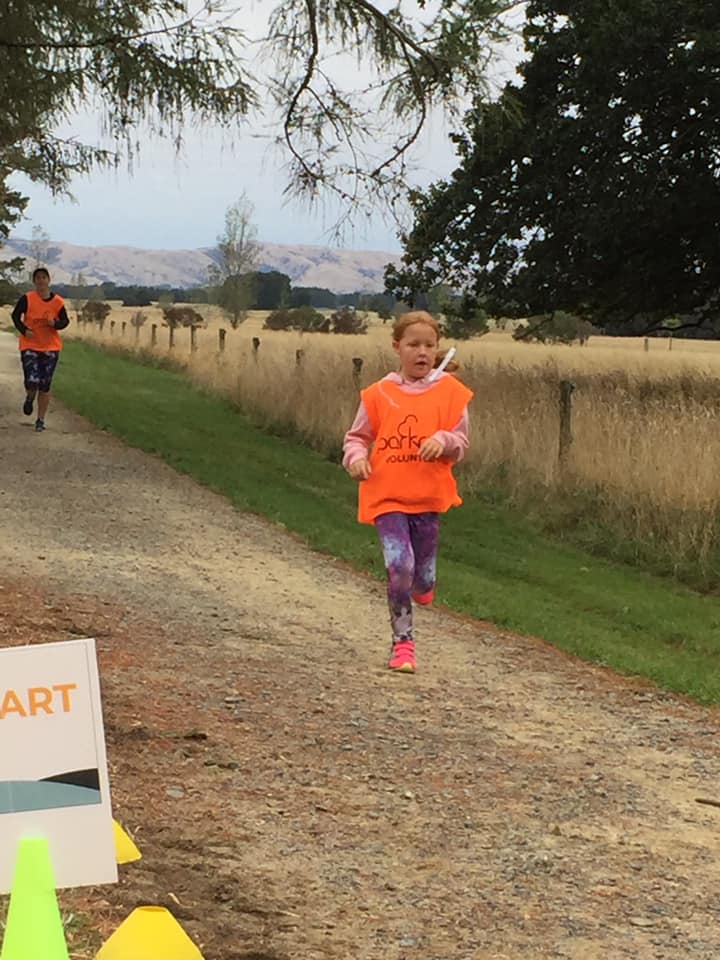 We also welcomed six people attending Greytown Woodside parkrun for the first time, including Aaron Smith and Yvonne Sutherland who completed their very first parkrun, and parkrun tourists Thomas Wynne from Lower Hutt, Lorna Sigley from Porirua and Destry and Kim Gourlay who have just moved from the Sunshine Coast.

Thank you to our team of Hi-Viz volunteers including the entire Mills family with Dad (David) as Timekeeper, Jamie handing out Finish Tokens and Mum (Ness) and Tilly as our Tailwalkers. 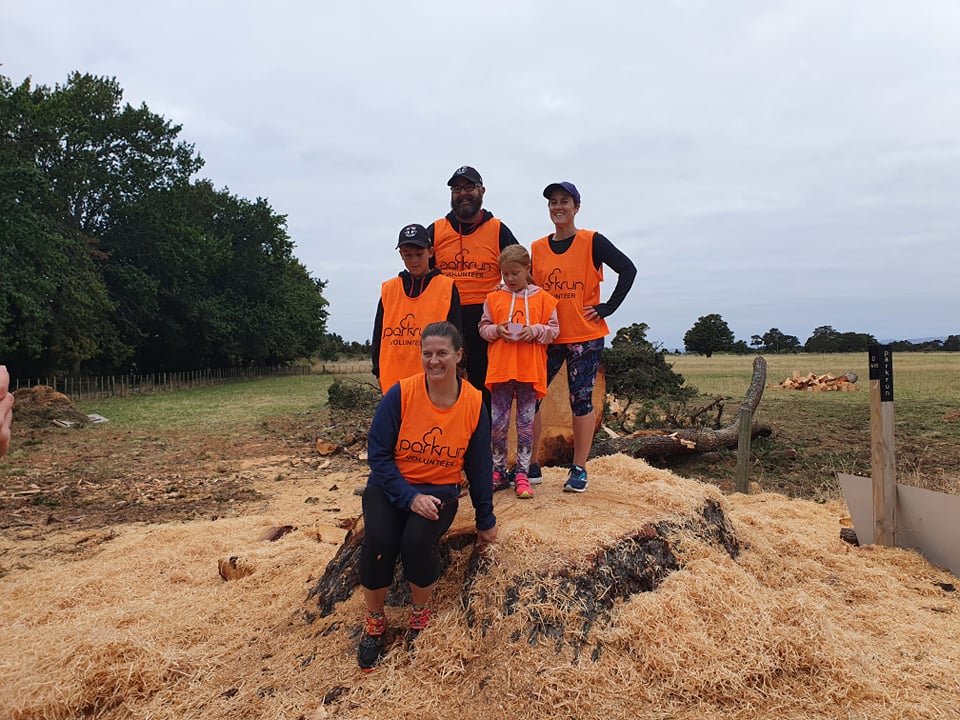 We rely on volunteers as our parkrun cannot happen without these important people. Also we always appreciate the encouragement from our Stouts Corner Marshall. Thank you Martin Dransfield.

Today's full results and a complete event history can be found on the Greytown Woodside Trail parkrun Results Page.

We will celebrate the following:

A small but enthusiastic crowd saw the start of the 104th Greytown parkrun. With some away at other events on in the beautiful Wairarapa, it made for a lovely supportive and family atmosphere.

A total of 41 runners and walkers along with few pre-schoolers and several dogs all enjoyed the great start to their Saturday morning. It was great to welcome first-timers Tim and Will Dutton.

We were fortunate to have young 17-year-old Noah O’Sullivan join us for his 300th parkrun. What a milestone to have achieved! It was great to see his whole family there completing this achievement with him, with our 300 balloons there, too! 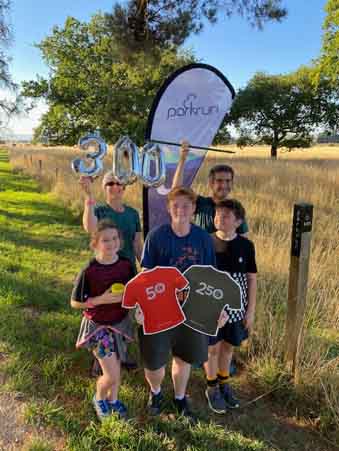 A number of participants recorded a Personal Best (PB). Congratulations go out to: 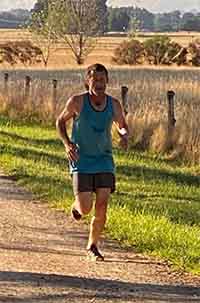 The Team Orange volunteers who enjoyed the lovely weather were these:

Without volunteers, these events would not happen, so please try to volunteer 4 to 5 times a year. In some roles (such as writing the Event Report), you can still run/walk.

We will celebrate the following: