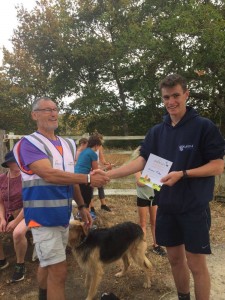 Phil’s two dogs; both long-haired bitches, also exhibited guidance, albeit of the naughty kind. Dog Scout - having broken free of his master -  hooned towards the finish line, unencumbered by other participants with his tongue lolling and eyes bright clearly relishing a PB time mere metres away...when Maggie and Cassie (the aforementioned LHB’s) rushed him, sniffed him, distracted him and took him off to the grass verge for some rest and recreation. It was not unlike “Diana and the Golden Apples”.

Brenda Gray, Kelly Birch, Matt Jackett, Andrew Gray, Andrea Horsey, Tobias Collett, Robyn Lovewell and Jenny Duggan (again). Well done to these eight and all 64 who took part. The first home was a visitor from Wellington and a member of the UK running group “The Sittingbourne Striders”. He’s been singled out for a mention because GWTpr68 was Anthony Jackson’s 255th parkrun, his first time on this course and he ran one (1!) second behind his PB!

The principal plus two teachers and three students turned up from Carterton School to run. What excellent ambassadors for parkrun and excellent role models for other staff and students to give-it-a-go. 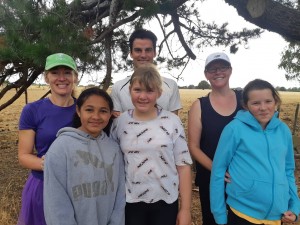 A final word of fabulousness must go to a first-timer at GWTpr and a first-timer parkrun participant ever, who, in 18 months has lost 42 kgs and will run her first ever 10km this weekend in Wellington. Super congratulations Nikki King. Fabulous! 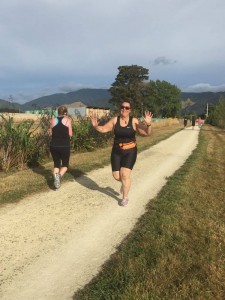