To say it was cold on Saturday morning was a bit of an understatement, my temperature gauge on my phone when I let the house had a minus sign before the first number! It was VERY cold!!, yet 129 hardy souls lined up for the start of the 375th Dunedin parkrun.

At the briefing the groans were heard when to no one’s surprise it would be three laps around the top and three times up the infamous stairs of despair!! It should be noted that we had some masochists amongst us who actually cheered when hearing the news – sad people indeed!.

A big thanks must go to our wonderful volunteers who braved the cold, at least the runners and walkers could get warm thru movement- I heard a rumour that some of our finish line volunteers were doing star jumps in an attempt to keep warm. Just remember parkrun wouldn’t exist without our volunteers so remember to do your bit and help out when you can. It’s very easy to do the tasks that are required to stage a parkrun and training is provided.

And so to the results….

Another Dunedin first timer was Nicholas Walbridge from the Kapiti Coast Parkrun and it was his 50th parkrun.

And Phil Lindsay from Hagley Park parkrun was another to tackle our famous stairs for the first time.

We look forward to welcoming you again to our course and hopefully it will be a wee bit warmer next time.

Other notable achievements this week were Connor Gray logging his 50th parkrun and Danette Little logging her 150th parkrun.

Don’t forget your pajamas coming up in the PJ run on July 17th – should be lots of fun and timed to be on during the school holidays – so bring along the kids as Saturday morning sports is having a break.

In closing its worth mentioning to make sure your emergency contact details are up to date alongside your barcode. Its important in an emergency we know who to contact. I’m sure we are aware of the runner who was given CPR and was revived by parkrunners and lived to tell the tale. A link to his story is below

Dunedin Botanic Garden and what happens on Saturdays at 9am a Tourist view.

Firstly, what is a Tourist. A tourist is a person who is visiting a place for pleasure and interest, especially when they are on holiday. To this point I wish to give you my thoughts of my 19th different park run in New Zealand.

It was a pleasure to be part of this parkrun today meeting friends that I had not only met in my home run of Whangarei, but also at other parkruns in NZ. If COVID had not taken hold of this fantastic place we call home (The World)! I would have not been here today but running in Rome, Italy. This would have been my second international parkrun and part of six weeks away with parkruns in 6 different counties! We are very lucky to have the opportunity here in Aotearoa to parkrun in great places, along with great courses and of course what makes parkrun as far as I am concerned so great……… THE PEOPLE.

Today will as always have goals that we have all set for ourselves. Some of these will change quickly and some we must work hard to achieve. To this end I offer you a look at Dunedin parkrun number 366 as I see it.

I arrived in Dunedin yesterday afternoon; it was warm and sunny! Was it to be the same this morning? No, it was a barmy 4C with a bit of a nip in the air. I had managed to get my hosts along to parkrun. Not their first but their first like me in Dunedin. I was being driven to the venue as I had no idea where it was in relationship to my home for the next week. We arrived early at the carpark; it was just before 8:30. We walk around and found the start, at least we had the correct place the Run director was there along with the flag and other parkrun paraphernalia. Greeted with big smiles by Paul; groups of people started to arrive and the parkrun “buzz” started. Some people where well rugged up and hopping on the spot! The volunteers donning their orange vests and Paul briefing them on the jobs at hand.

Always a great sign that the volunteers turn up early; as they are part of the “cement” that bonds any parkrun together. Time for a briefing for those first timers and tourists. Remember this is one of the most important positions. Especially when one has first timers at any parkrun, they need to be welcomed; as they take the next big step by actually turning up! As a first timer that has been to a few parkruns before and I have some idea of what happens at the beginning and the end. Others may of course not know what to expect of the five kilometres. I can honestly say we had ALL the information we needed with the first timers briefing, with a great verbal description of the course and questions well answered and encouragement that would have been very helpful to any first timers. Thank you.

It’s getting close to the start and up pops the Run Director, welcoming us to come closer, but not too close! Those of us that have been to a few parkruns (me 114) it can be a case of “Do I have to listen to all of this again?” I heard it last week and the week before! I was pleased to hear or should I say not hear really a sound; as silence descended on the 174 participants and volunteers. A well respective audience. Yes, we did hear about the sponsors and about the way to respect the gardens. Which I must say are beautiful, (I am here for a week, so I will make sure to have another look round). We heard of course about the volunteers that are needed over the next few weeks; especially when the children (young adults) are going to run the show. Great to see the enthusiasm from them as they shadowed their mentors. This was my nineteen different parkrun in New Zealand and I have heard a lot about hazards on courses around the country. From tree roots, large puddles and even a bit of frost on some routes. Today was the first for me, as Paul announced that on the upper course there was a cone marking one of this country’s biggest hazards….……… A Possum; are well it is after all New Zealand!

Briefing over and it’s off to the start, remembering are you at the back and should be in the front or the opposite, are you going for a PB, never mind its time and we are off. I always find a new route a bit daunting, but never mind, I have seen it on the web page, we have had a first timers briefing, just follow that faster person in front of you! What do you mean there are people passing you, at this rate I will be joining the tail walkers! Better get a move on, round the lower loop twice and it’s time to attack the top section, keep left, keep right what a lot to remember. Never mind it’s all marked and on to the top and after those “stairs of despair” I hear a voice giving us encouragement. A voice in my head no a person, who because of the sun I could not quite make out, it was great to have that motivation. Thank you.

On to the turnaround point and it’s around again. This time I knew what I was doing! Can I run faster? No, those stairs again, keep going, please legs it’s all worth it for the view! Pass another runner and its pass the possum. I am sure it had moved as the second time round I could not see it; was it taking part in the parkrun? Anyway, on round the cone just over half a kilometre to go and it’s as fast as possible down to the bridge, hand brake turns by the duck pond and see sight of the finish line. Made it………………………

Dunedin parkrun thank you…………………….. it’s time to find my hosts and after a few acknowledgements of thanks it’s off for a quick coffee.

Always good to celebrate we have the following…...

This week Jonah was the first back in an incredible 17:16 only 17 seconds outside the course record. Having taken off 16 seconds from the previous week can he achieve the new course record on his next outing? The rest of us followed and the top three male and female are as follows:

I am off to see what else is around Dunedin, or should it be up and down! I am off to find Baldwin Street for I am a tourist after all.

Thank you for having me, have a great week and as Peter Snell would say….

“When it’s pouring rain and you’re bowling along through the wet, there’s satisfaction in knowing you’re out there and the others aren’t.”

Our second start at nine am - the beautiful sun was shining but it was still a bit chilly. All the autumn leaves falling off the trees and making a brown and golden carpet with 226 park runners and walkers. There were 14 out of town people from Auckland, Wellington and Matamata. We are very grateful to have the volunteers who are : Marlie CHISHOLM, Deborah CLEARWATER, Paul COBY, Amanda CORBETT, Jo LITTLE, Rachael MASTERTON, Kathy MCKENDRY, Leon MIYAHARA,  Ben ROWLEY , Neville SCOTT,  Neville SHANKS , Nancy SMITH, Martin WATT 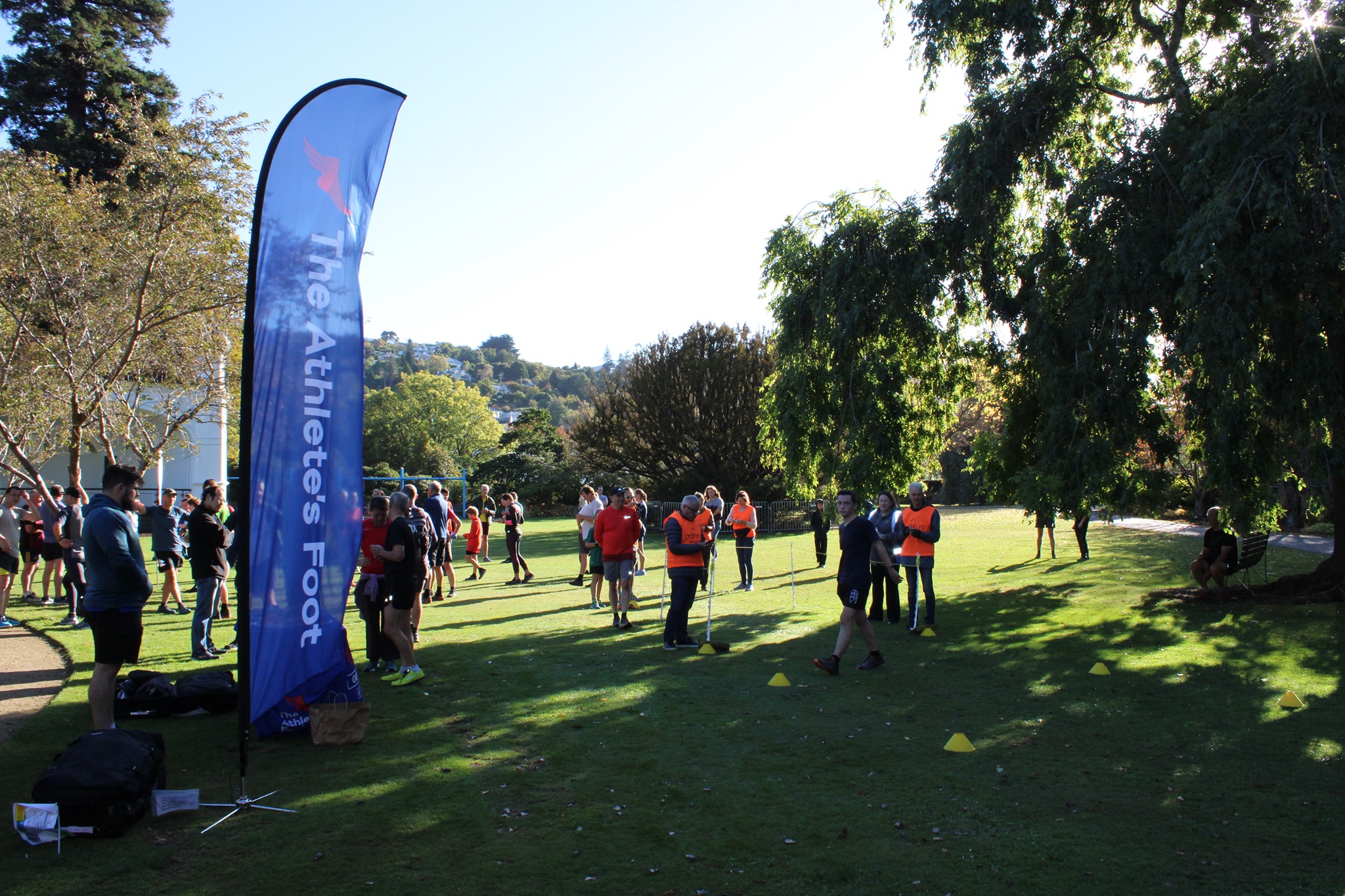 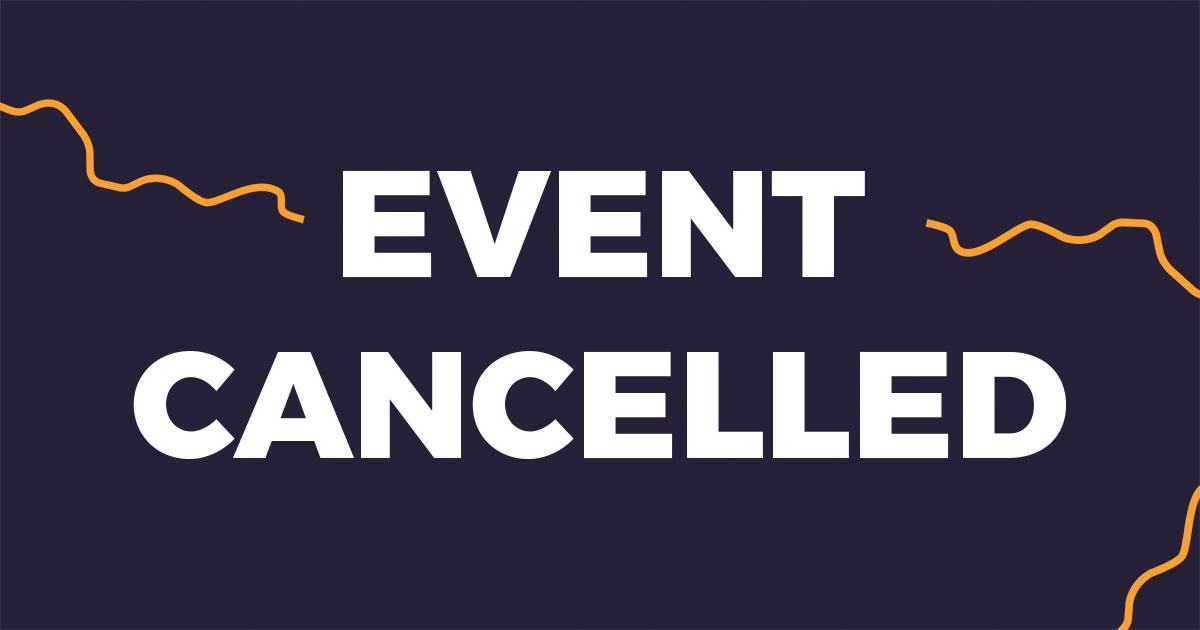 Due to Dunedin being in Alert Level 2, there will not be an event this week.

Listen out for any alert level changes and we will be back again one we move to Alert Level 1. 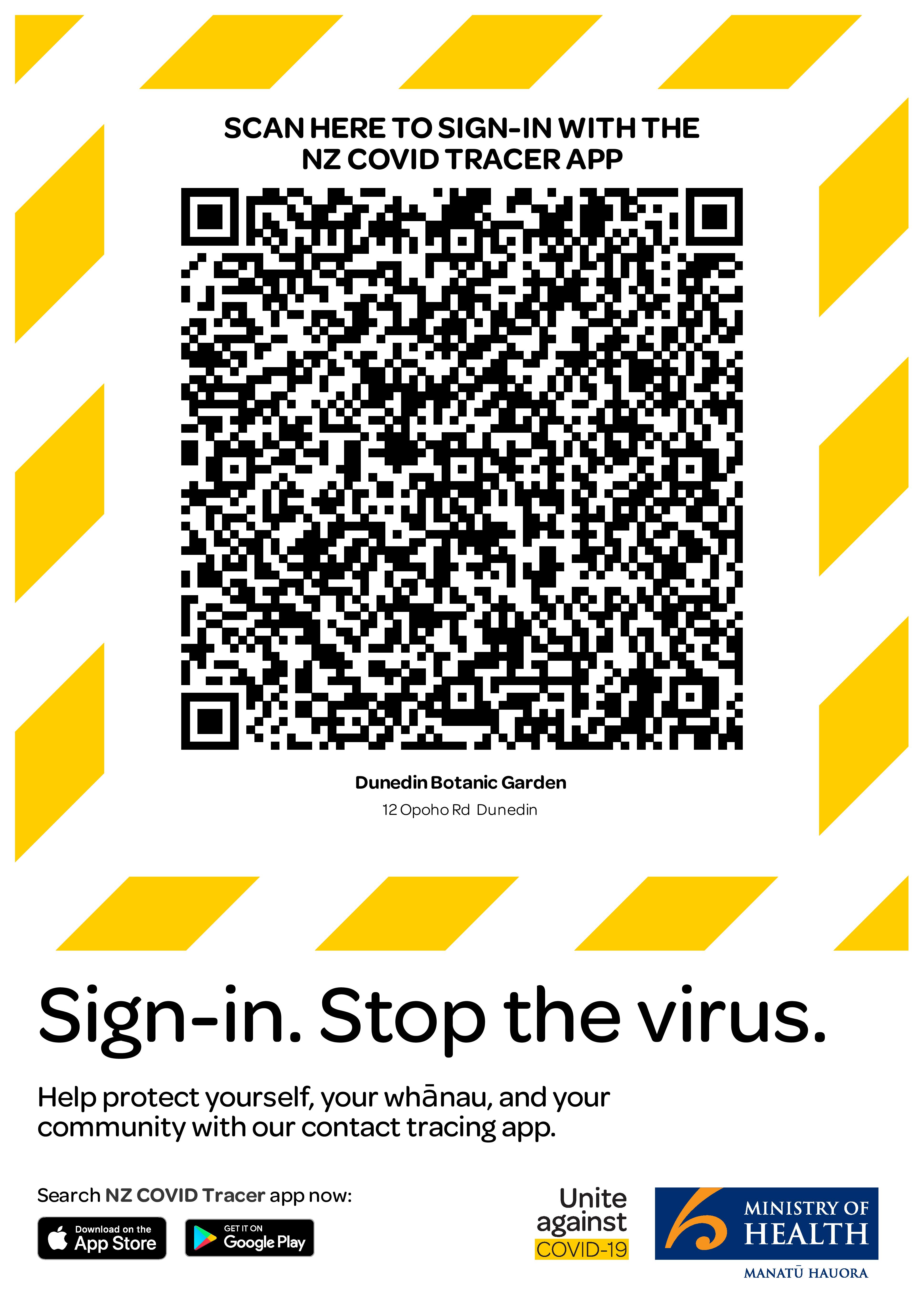 This week 181 people ran, jogged and walked the course, of whom 14 were first timers and 21 recorded new Personal Bests. Of course this couldn't happen without our fantastic volunteers:

What a fantastic event the South Islands original parkrun is!  I’m talking about Dunedin parkrun of course! It’s taken me until my 220th finish to arrive here and the wait has been worth it.

A friendly, encouraging and enthusiastic group of volunteers, ably led by ED Tania and today’s RD Nick - self supporting parkrunners and parkwalkers - a picturesque course through the Botanic Gardens and of course, The Stairs of Despair!

I thoroughly enjoyed my First Timer at Dunedin as did Caren, great to see other First Timers at the briefing and also First Time Visitors like ourselves.

Next time we are here we won’t arrange to be in another town by a particular time.

All the best
Geoff & Caren 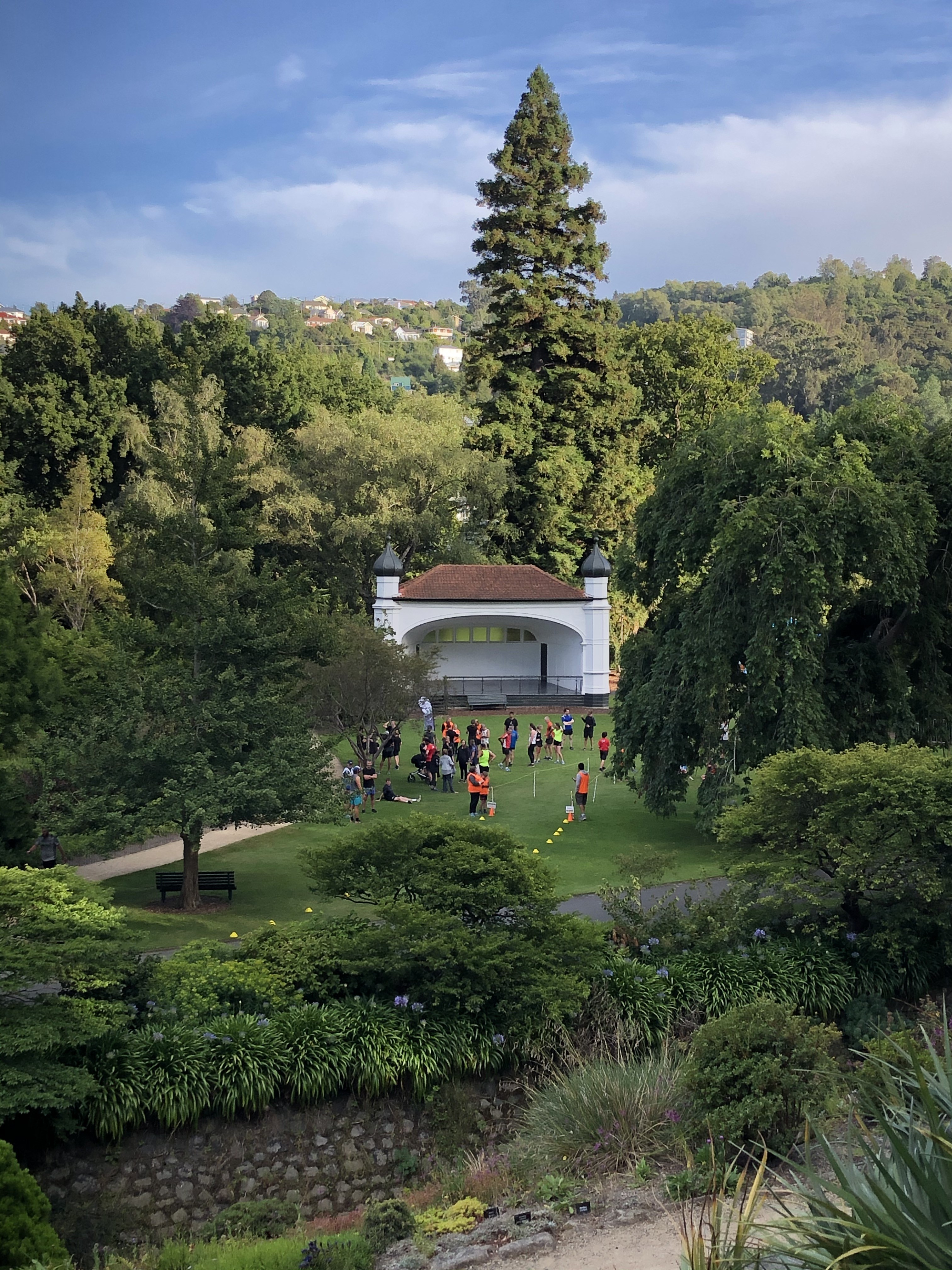