We will be holding a Christmas day parkrun at 8 am, so bring your friends family and your best Chrismas outfit along and share a special morning at parkrun.

Let's start 2020 the only way we know-how, with a lovely walk, jog, run or volunteer in our beautiful Cornwall Park. We will start parkrun on New Years Day at 9 am, so we can all have a little sleep in.

Come and join us for a fresh new year! 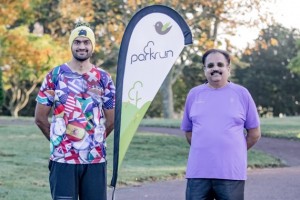 A brilliant way to round off my Trans-Tasman trip with the lovely Cornwall Park parkrun. Thank you so much to the De Charmoy family (Lian, Noel & Caitlin) and all other participants for making my Dad and me feel very welcomed at your beautiful parkrun.

On March 5, I wrote to Lian & Noel about my desire to do a parkrun in Auckland. Lian said they usually attend Cornwall Park parkrun and it fit perfectly with me as I am currently chasing the Pirates Club (an unofficial parkrun challenge). I also requested to do the Run Report and my Dad to do Barcode Scanning. Lian said that the volunteer team would welcome it and also offered us a lift from the city to the park. 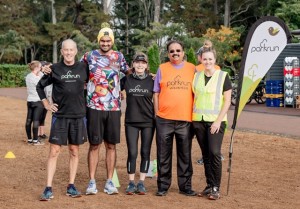 Noel was right on time to pick us up from the hotel on Saturday morning. It was about a 15 minute drive to Cornwall park and Noel told my Dad and me about the new course. After parking the car, Lian & her daughter Caitlin (who was also RD for the day) gave us a warm welcome. 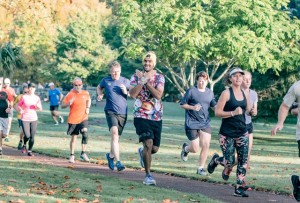 Caitlin delivered an informative RD briefing and acknowledged everyone’s presence at Cornwall parkrun. People from different backgrounds all came together to run/walk 5km on a Saturday morning proving that the community really backs this local parkrun. This is what I really like to see.  The spirit of Aotearoa was high amongst the parkrunners. The parkrun route is amazing. A three-lap course with grass, trail and tarmac which for me properly defines what a parkrun should be. 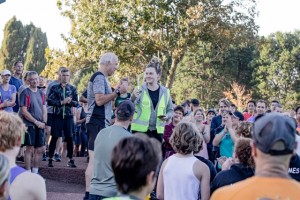 I’ll now some stats to this report. 277 runners completed Cornwall Park parkrun. There were 33 first timers of which 13 ran/walked their first ever parkrun. Welcome to the parkrun family and hope to see you returning to Cornwall Park parkrun or any other parkrun for your second parkrun. 44 PBs were recorded. Kudos to those that managed it. Although parkrun is not a race, I’ll just add that Sam Turner was the first male finisher with a time of 17:52 and Naomi Boynton was the first female finisher with a time of 20:44. Congrats to both of them. Also, big Well Done to Laurie Shedden on joining the parkrun 100 Club and Laurence Misonne on joining the parkrun 50 Club! 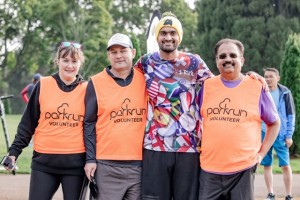 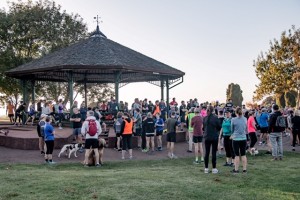 This week 355 people ran, jogged and walked the course, of whom 38 were first timers and 30 recorded new Personal Bests. Representatives of 21 different clubs took part.

The event was made possible by 14 volunteers:

Today's full results and a complete event history can be found on the Cornwall parkrun Results Page.

A 'Park Life' event has been planned by the Cornwall Park Trust on Saturday 30th March with a rain date of the 6th of April. parkrun will go ahead as usual though, so please come along a little earlier to park somewhere and then jog/walk into the park.

The biggest impact is that there will be no parking in the center of the park on this date. Puriri Drive, Grand Drive and Bollard Avenue will still be open for parking, but no cars will be able to enter the park..

Further details can be found here:

Many thanks to Nick for his delightful account of how he managed to get to the first run of the new 3 lap course last Saturday!

My car was leaking oil and my mechanic recommended I not drive my car, but I was desperate to make it to parkrun to try out the new course at Cornwall Park, today being the the inaugural run on the new course.

With no option of hitching a ride with fellow parkrunners I decided to put Auckland public transport to the test to see if I could make it to Cornwall parkrun on time!

My alarm woke me @ 5:30 – it is Saturday parkrun day and I’m raring to go after a good night’s sleep.

A short wait, bus was running 5 minutes late! – not a good start!

The train from the city to Greenlane was leaving in 10 minutes, I can do this!

I didn’t want to take any chances so I sprinted from the bus stop in town to Britomart train station only to find the trains were going nowhere – they were “Out-of-Service”!

Oh no any hope I had of making it to parkrun was surely dashed!

A real shame as I was so looking forward to trying out the new course but I will never make it to parkrun now!

A train attendant stopped me in my tracks:

“Trains on the Southern line are only going to Penrose, from there buses replace trains”

Did I hear that right, I’m going to Greenlane which is before Penrose so I’m not affected!

What a stroke of luck, maybe I can make it after all!

I thanked the man and made it onto the train in time for the 7am departure.

I arrived in Greenlane at 7:15, just after sunrise, I then knew I could make it as by my reckoning it was a 1.5k walk from Greenlane train station to Cornwall Park.

I strolled along Greenlane Road with a spring in my step and a smile on my dial.

I leapt over stile into Cornwall Park, through a sheep paddock, climbed over another fence and arrived at the band rotunda at 7:30 – exactly half an hour before the run.

At that point I realized it didn’t matter what was to follow as I was overjoyed to make it on time and not only that I was one of the first runners to arrive! My race was over and I had won!  - Nick Feehan

This week 343 people ran, jogged and walked the course, of whom 36 were first timers and 97 recorded new Personal Bests. Representatives of 26 different clubs took part. 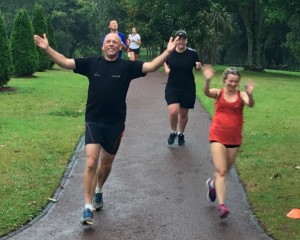 On this day we farewelled our legendary ED Jeff - but he's not gone and certainly not forgotten, as he'll still be back to visit and make sure he runs some more parkruns on the new course!

The event was made possible by 21 volunteers:

Today's full results and a complete event history can be found on the Cornwall parkrun Results Page.